Bankruptcy or an IVA – which is best? 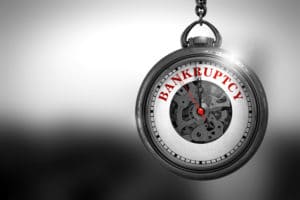 For people who are bankrupt, income payments orders (IPOs) and income payment agreements (IPAs) typically last for up to three years, while payments from income in an individual voluntary arrangement (IVA) can last up to five years.

So why are IVAs more popular than bankruptcies? Caroline Clark of RMCSC investigates.

What options are available to people who have severe debt problems?

For an individual experiencing severe personal financial difficulties (the debtor), there are a number of options available under the Insolvency Act 1986 (IA1986) that mean that the debtor no longer has to struggle to meet debts that cannot be paid when they fall due.

Most of these options include the potential for the debtor to make agreed contributions towards the payment of these debts for a specific time in the future. This results in a fair and legal balance between ending the debtor’s personal nightmare of not being able to pay debts when they fall due while also reducing the financial loss suffered by creditors as far as this is reasonably possible.

The options available to debtors under IA1986 include:

However, not all options under IA1986 apply in all circumstances. For example, debt relief orders are only available to debtors who owe less than £20,000, are not bankrupt, and who do not own a house. In this article, we will explore aspects of bankruptcies (including IPOs and IPAs) and IVAs that would apply to debtors who have:

What is an income payment order (IPO)?

The amount payable by the debtor to the trustee cannot reduce the debtor’s income below what is considered necessary for meeting the reasonable domestic needs of the debtor and their family. Crucially, it cannot last for more than three years after the date the order was made.

What is an income payment arrangement (IPA)?

IPAs apply in bankruptcies under S310A of IA1986. IPAs are very similar to IPOs but, as the name suggests, they are agreements between the trustee in bankruptcy and the debtor, rather than a court order. However, IPAs are enforceable in the same way as IPOs.

The amount payable by the debtor to the trustee cannot reduce the debtor’s income below what is considered necessary for meeting the reasonable domestic needs of the debtor and their family, and, again, it cannot last for more than three years after the date the arrangement was made.

What is an individual voluntary arrangement (IVA)?

The law regarding IVAs is in Part VIII of IA1986. In an IVA, a debtor with minimal assets and an income would make proposals to their creditors for payments from their income to the supervisor of the IVA. The amount of the payments from the income, as well as the period for which the payments need to be made, is agreed with creditors.

Over time it has become generally accepted that IVA payments are usually made by the debtor over five years and it is anticipated that the amount paid from the debtor’s income will be the amount remaining after the reasonable domestic needs of the debtor and their family have been met.

IPOs/IPAs vs IVAs – why are IVAs more popular than bankruptcies?

In many personal insolvency situations, the terms of any payments from future income and how quickly the debtor can be released from the responsibility for paying the past debts are deciding factors for the debtor when weighing up options for the future.

All other things being equal, for a debtor who has an income, minimal assets and debts of more than £20,000 that cannot be paid when they fall due, it would therefore seem that bankruptcy with an IPO or an IPA which would last for three years at most, would be preferable than an IVA which typically lasts for five years.

Naturally the personal circumstances of the debtor may make either a bankruptcy or an IVA a more suitable option, and debtors should always get the advice of an insolvency practitioner when deciding the best process. Someone who is bankrupt cannot be the director of a company and cannot act as a member of some professions, such as law and accountancy. These bankruptcy restrictions will therefore be relevant to some people with financial problems and may result in more opting for IVAs.

However, in recent years there has been increasing concern in the media, as well as the insolvency profession, about whether debtors, who are extremely vulnerable at a very difficult and stressful time in their lives, are always getting the best advice about the options available to them under IA1986. The debate about how to ensure that debtors receive the best advice possible is likely to continue for some time.

Caroline Clark is director of RMCSC, a fellow of the Insolvency Practitioners Association and R3, and has an MBA.

Next Post
What is an IVA and is it right for you?