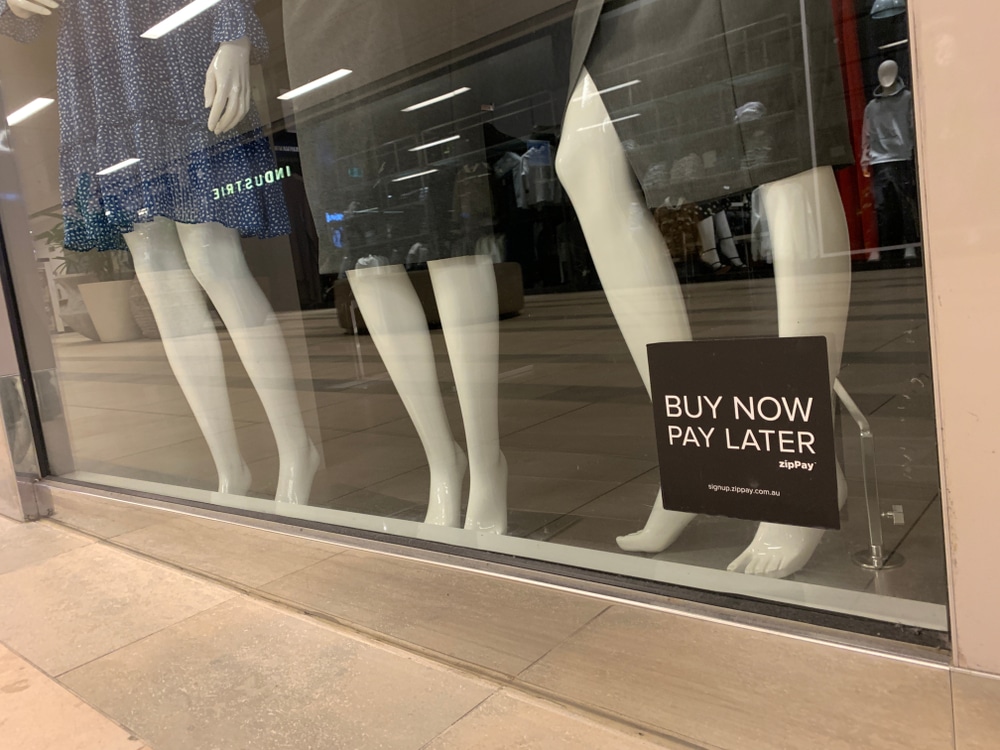 Why you shouldn’t use buy now pay later schemes

We’re all currently living in a time where it’s easier than ever to get exactly what we want, regardless of the state of the bank balance we hold. The commonly named buy now pay later schemes utilise a payment method which allows us to make a partial payment at first, owing the rest of the money at a later date. This can either happen in the form of multiple equally sized interest-free payments, or be used to simply delay the full payment for a product.

This all seems like a great idea right? Well, on the surface, yes it does indeed sound like a sure fire way to get something you want, that you can’t necessarily afford. Though, the troubling issues here come in the form of a negative knock-on effect to both your credit score and your finances if you fail to act carefully.

Before making the decision to utilise one of these said schemes, you should be aware that any and all buy now pay later transactions will show up on your credit report. This basically means that if you ever make a late payment, your credit rating will be damaged because of it. This negative mark on your credit report will be viewable for the next six years to potential lenders you may be hoping to borrow cash from.

The problems don’t end there however, as if you make a late repayment on a buy now pay later scheme your eligibility to receive all kinds of credit, such as a personal loan, business loan, mortgage or credit card will all be affected. This could land you in further financial bother when you’re searching for a solution that will normally help you out, so be absolutely certain that you’ll be able to make your repayments when agreeing to this type of transaction.

Think about your current situation

The real risk that comes packed with buy now and pay later schemes is when people whom are already in a difficult financial situation opt in to it. This will very rarely end well, due to the fact that once you’re in a financial struggle, it can be difficult to get out of it, without adding further debt or owed money on top. Delaying a payment can seem like a great idea to those that want an item now, but cannot afford it. You’ll likely think that given some time, you’ll find the income from somewhere and pay it off then, but in many situations those funds are never found.

You have bills to cover, essential items to pay for on a weekly basis, as well as additional living costs to deal with. Do you really need to make the purchase that you can’t afford right now? The question you’ll need to ask yourself is that if you can’t afford to make the payments now, what will change in the space of 12 months that allows you to do so then?

There are most certainly hidden fees to consider when making a buy now pay later purchase if you are going to miss that pay later date. You’ll be hit with extra charges that will come through thick and fast, once again highlighting the importance of knowing you’ll be financially able to cover the pay later cost. Missed repayments will definitely be followed up with hefty penalties.

The APR after the interest-free window will vary from company to company, but will probably be somewhere between the 20%–40% mark. However, rather than charging interest with a set APR, some retailers instead impose a monthly fee, either a percentage of the outstanding payments or a fixed amount. This means these charges can quickly build up and spiral out of control.

If you do clear your balance in full after the established pay later date, you’ll likely still be charged a settlement fee. This will often act as a substitute for fees or interest, but in other cases may constitute an extra charge.

Are there any positives to consider?

You’ll find that in certain situations, opting to use a buy now and pay later platform can be rather helpful to you. Though, this is only when the correct occasion arises and calls upon that sort of financial help. Using it carelessly will never get you very far and will often result in your financial troubles.

Know Your Money touches on this point in further detail by saying, “There is certainly a time and place for being able to defer payment, and it doesn’t have to encourage reckless spending. If your boiler breaks down, rather than having to take days or even weeks going down through the extensive route of traditional finance options, you can replace it immediately without needing to cover the cost right now with upfront savings.”

They continue by saying, “As the percentage of total retail spend that occurs in online shopping only grows, it makes sense for companies to offer buy now pay later at the point of checkout, making big-ticket items more affordable”.

If you are confident that you’ll be able to cover the amount you owe before your pay later date arrives and you’re in a situation where you feel as if you need to make the purchase, then you should proceed to do so. The trick here is to be smart as your finances are at a serious risk if you aren’t.

To summarise, you need to be extremely careful when considering whether a buy now pay later scheme is the correct transactional option for you to take. As previously mentioned, in certain situations it could prove handy, but only if you are 100% sure you’ll have access to the funds that will cover the costs when you need them.

Remember that late payments will come at a price, you will be charged a high APR rate and your credit report will suffer because of this. This will effect your chances of gaining a loan when you need one, or applying for a mortgage, etc. So, consider all other possible options before deciding to utilise one of these schemes and ask yourself if you really need what you can’t afford to buy outright.

Previous Post
The truth about bankruptcy: five common myths dispelled
Next Post
Can I get a mortgage after an IVA?