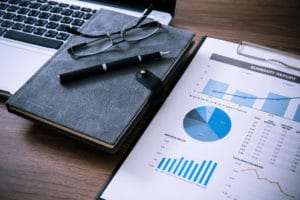 In fact, the bald headline figure is misleading.  Following changes in the IR35 regulations in April 2016, and changes to the VAT flat rate rules, many personal service companies have ceased to be viable.

Without those bulk insolvencies, the figure is 16,090, but still the highest since 2014.  As always, the construction industry headed the list for company failures.

So where do we see the problem areas for 2019?  Whilst corporate failures have been at historically modest levels in recent years, there are signs that a combination of factors exists which may make the coming months more volatile.

There is, of course, the uncertainty arising from Brexit, fragile consumer confidence, rising wages costs and increasing prices of imported raw materials as a result of the declining value of sterling.  With all that it’s unsurprising that there are concerns over the health of the SME market.

Add to that the Bank of England’s concerns over the level of high-risk lending, and anecdotal evidence of increasing impairments, more frequent frauds and loans in default access to funding is likely to become more difficult as lenders tighten their appetite for lending.

The prospects of some form of crunch look likely.

The High Street has Problems

The problems of the High Street certainly hit the headlines in a big way last year, particularly with retail and casual dining.  The reasons for the financial problems have varied, but common features have included:

Nothing very much is likely to change in the foreseeable future and more high-profile CVAs and administrations seem likely.

Another industry facing major disruption is logistics.  The rise of the gig economy, the arrival of new entrants to the industry and increasing costs of fuel, tyres, etc means a never-ending search for economies.  At the same time, demands the industry is faced with ever-increasing consumer demand for dependable and speedy deliveries.

Furthermore, this a sector both heavily dependent on non-UK drivers and with an ageing workforce (the average age of drivers is apparently 54).  Add in the continuing uncertainty over what will happen with cross-Channel traffic post-Brexit and there is a recipe for some serious fallout.

The automotive industry is also facing a period of disruption, exacerbated by fragile consumer sentiment.  Uncertainty over the future for diesel vehicles is resulting in a reluctance on the part of consumers to buy those, whilst there seems to be something of a “wait and see what develops next” view as regards electric vehicles with their limited range and inefficient batteries in cold weather, as well as the emerging technologies around autonomous vehicles.

It is not too extreme to predict massive structural change in this market over the medium term.  Throw some Brexit uncertainty over the supply chain into the mix and it’s clear that businesses in this sector need to be thinking about the plans and strategies for the future.

Public service provision remains an area to watch carefully.  So far as the Government is concerned austerity may or may not be over, but any organisation providing services to the public sector such as in the health care or education fields are finding that funding continues to be difficult and where it is available, is not keeping pace with rising costs.

At the same time, the demand is increasing as the public sector withdraws from services it no longer has the resources to provide.  The requirement for tight management of resources has never been more crucial.

Professional services firms face ongoing challenges and the professions are likely to see further fallout.  In the legal sector, there’s increased competition for traditional work from online portals, charities and “legal advisers” who are not subject to the same degree of regulation and can, therefore, operate on a much lower cost base.  The major accountancy firms are also keen to gatecrash the legal market.  They will be able to exploit their close client relationships and cross-sell legal services.  New models of business are continuing to emerge, such as the “chambers” model, and private equity-backed firms with very deep pockets for investment and a huge emphasis on cost management.

The accountancy profession faces many of the same challenges.  The arrival of MTD means the growth of cloud-based accounting packages can only accelerate.  It is surely only a matter of time before the increasing sophistication of these products leads to much more of the traditional compliance work being performed within the packages, and firms which are not agile enough to develop alternative fee streams will suffer.

With rising business rates and other costs, onerous long-term leases, higher costs of capital, rapidly evolving technology and increasing competition, the environment will continue to be challenging.

The construction industry insolvencies leads the way in any sectoral.  That is not expected to change any time soon with optimism weak and the sector a hairsbreadth away from recession.  Brexit and associated concerns about the economy, in general, have brought about a decline in commercial work, with clients adopting a “wait and see” approach, delaying investment decisions and lengthening conversion times.  Housebuilding has been robust in the recent past, but even there indications of a weakening housing market are starting to emerge.

Nervous bankers are delaying, or refusing, funding leading to projects being stalled. There are growing concerns about labour shortages, both currently and post-Brexit which are leading in turn to wage inflation.  Coupled with materials price rises margins are being pinched ever more tightly.

It will be interesting to see how the industry evolves in the aftermath of Carillion, but it seems certain that there will be a continuing fallout along the way.

Contractor companies are typically short lived, often becoming superfluous due to the main worker taking on a PAYE role, emigrating, or teaming up with others. This can happen to contractors working in IT, finance, oil and gas, or any other sectors/industries.

Since HMRC’s rollout of the IR35 private sector reform is expected to affect the decision making process and appetite of contractors when working with private sector bodies. If caught inside IR35, contractors will be required to pay income tax and National Insurance Contributions (NIC) which reduces take-home pay.

Our mantra as always is that the earlier that struggling businesses seek advice, the more options that are likely to be open and the greater the prospect of being able to salvage at least something.  Meanwhile, guard margins, drive down costs and have a plan.

Is it time to act?

We specialise in helping financially distressed businesses, financial difficulties can creep up on the unaware, and the problems can escalate rapidly if they’re not addressed.  The earlier that the problems are identified, the more options that are available and greater the prospects of securing the future of the business.

We are here to answer any question you have about your financial options, just contact our offices. We’re available Monday to Friday, from 09:00-17:00 to take your call in confidence.