What you need to know about Corporate Insolvency and Governance Bill 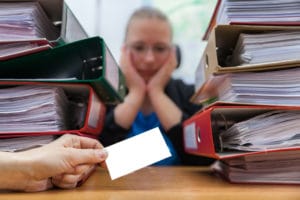 The Corporate Insolvency and Governance Bill was debated in the House of Commons this week and is expected to receive Royal Assent.

Cathryn Butler and Katie Farmer of Ashfords LLP explain what effect the Bill will have on the UK’s insolvency framework.

What is the Corporate Insolvency and Governance Bill 2020?

The Corporate Insolvency and Governance Bill 2020 (the ‘Bill’) seeks to permanently increase restructuring options for businesses experiencing financial difficulties, and includes temporary measures aimed at easing some of the most pressing consequences businesses may be experiencing as a result of the coronavirus (COVID-19) pandemic.

The Bill contains significant reforms to the UK’s restructuring and insolvency framework, including an acceleration of measures, such as the ‘company moratorium’, which have been in contemplation for some time.

The Bill was laid before Parliament on 20 May 2020 and debated in the House of Commons on 3 June 2020 and is expected to received Royal Assent quickly.

What temporary measures would be introduced by the Bill?

Currently, if a company goes into administration or insolvent liquidation, and it appears the directors knew or ought to have known there was no reasonable prospect of avoiding that, the directors can be ordered to contribute to the company’s assets. To avoid personal liability, directors facing a wrongful trading claim will try to show they took every step with a view to minimising potential loss to the company’s creditors.

The Bill provides a temporary measure so that when the court is assessing the contribution to the company’s assets a director may be ordered to make, the court is to assume that the director is not responsible for any worsening of the financial position of the company or its creditors that occurs during the period 1 March 2020 to 30 June 2020.

It is important to note that, there is no relaxation in directors’ fiduciary duties and obligations.

The Bill seeks to introduce a moratorium preventing the use of statutory demands and winding up petitions where the reason for the unpaid debt is due to COVID-19.

These measures will be retrospectively applied and will void statutory demands which were served between 1 March 2020 and 30 June 2020 from forming the basis of a winding up petition. Winding up petitions for the period 27 April 2020 and 30 June 2020 (or one month after coming into force of the Bill, whichever is the later) will also be prevented from being presented unless the creditor can demonstrate either:

The court will be able to retrospectively void any winding up orders made where a petition was presented between 27 April 2020 and the Bill coming into force, which otherwise would not have been made and the court will be able to make any order it thinks appropriate to restore the company. Where the date of commencement is altered the relevant dates for antecedent transactions may also be amended.

It had previously been thought that these provisions would apply only to commercial property landlords to protect tenants facing problems with rent payments due to COVID-19. However, the temporary measures contained in the Bill apply to all companies and debts rather than being limited to commercial tenants.

The Bill also provides extensions on deadlines for companies to file certain documents at Companies House and grants the Secretary of State the power to make further extensions to filing deadlines.

Provision has also been made in the Bill for UK companies due to hold AGMs or GMs to hold meetings by other means, such as virtual meetings, given the social distancing rules in place as a result of COVID-19.

What permanent measures would be introduced by the Bill?

The government has accelerated the introduction of a long-awaited ‘company moratorium’, a statutory breathing space where directors will retain control of companies while considering restructuring options, without creditor pressure. This ‘debtor in possession’ process is a concept familiar in other jurisdictions. Key features of the company moratorium include:

Where a company has entered an insolvency or restructuring process or obtains the new company moratorium, the company’s suppliers will not be able to rely on contractual terms to terminate, stop supplying or vary the contract terms with the company (for example, increasing the price of supplies).

The customer is required to pay for any supplies made once it is in the company moratorium or insolvency process but is not required to pay outstanding amounts due for past supplies while it is arranging its rescue plan.

The measure will allow an office holder or the company to consent to termination. It also contains safeguards to ensure that suppliers can be relieved of the requirement to supply if it causes hardship to their business. There will also be a temporary exemption for small company suppliers during the COVID-19 pandemic.

The Bill also seeks to introduce a new mechanism for a “compromise or arrangement” to be put in place between a company and its creditors and/or shareholders, which is widely referred to as a ‘Restructuring Plan’.

For a company to be eligible for a Restructuring Plan:

There is no insolvency test, but there must be a degree of existing or forecast financial distress.

One of the drawbacks of Schemes is the ability for certain creditors to hold out and disrupt a proposal that would otherwise save a company. The Restructuring Plan imports a key feature of US Chapter 11 bankruptcies: a ‘cross class cram down’. The Court has the discretion to impose the Plan on dissenting classes if it considers it fair, and if satisfied that:

The cross class cram down would enable debt-for-equity swaps to be imposed without shareholder consent, which Schemes cannot achieve, and the potential for empowering junior creditors.

Under the Bill, any company which could be wound up under the Insolvency Act 1986, including a foreign company, could be subject to a Restructuring Plan including financial services companies, albeit the Secretary of State would have the discretion to disapply the provisions in that sector later.

Cathryn Butler is a Solicitor and Katie Farmer is a Legal Director in the Restructuring and Insolvency Team at Ashfords LLP.

Previous Post
What happens if a football club goes into administration?
Next Post
Information and options for closing your limited company