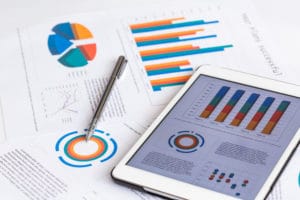 According to the Insolvency Service, overall numbers of company and individual insolvencies dropped in the days immediately after the UK lockdown was applied on 23 March 2020. It is likely this was a result of a combination of factors including:

Effects of coronavirus on company insolvency statistics for England and Wales

The Insolvency Service suggest that as compulsory liquidations require a winding-up order to be obtained from the court, the UK lockdown and resulting reduced operational running of HM Courts & Tribunals Service may have played a factor in the 60 per cent fall. The government also announced in late April that it would prohibit the use of statutory demands and certain winding-up petitions from 27 April to 30 June 2020.

Effects of coronavirus on individual insolvency statistics for England and Wales

During the first three weeks of March, prior to the UK lockdown on the 23 March, an average of 446 individuals entered insolvency daily. In the remaining six working days following lockdown in March, the average daily number of individual insolvencies had fallen by 75 per cent to 112.

The overall average daily number of individual insolvencies appeared to return to pre-lockdown levels in April. However, this was driven by the high volume of IVAs registered in April. The Insolvency Service suggest many of these IVAs would otherwise have been registered in March and were instead deferred to April.

The average number of daily DROs and Bankruptcies remained low in April, when compared with the pre-lockdown period of March.

The Accountant in Bankruptcy, Scotland’s Insolvency Service, administers company insolvency in Scotland. They reported that in April 2020:

Of the 46 total insolvencies in Scotland in April 2020, there were 24 CVLs, 17 compulsory liquidations, four administrations and one company voluntary arrangement. There were no receiverships.