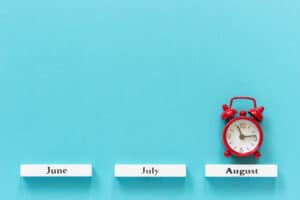 In response to the coronavirus (COVID-19) pandemic, the individual and company August 2020 insolvency statistics for England and Wales have been published by the Insolvency Service, together with related insolvency figures for Scotland and Northern Ireland

Overall, the numbers of company and individual insolvencies remained low in August 2020, compared to that in August 2019. This is likely to be driven by the Government measures put in place in response to the coronavirus pandemic, including HMRC reducing its enforcement activity, reduced operational running of the courts, temporary restrictions placed on the use of statutory demands and certain winding up petitions and enhanced government financial support for companies and individuals.

In July 2020 both administration and compulsory liquidation reached a post-lockdown peak, however numbers were more in line with previous months in August since lockdown was implemented on the evening of 23 March.

According to The Insolvency Service, the overall reduction in company insolvencies was likely to be, in part, driven by the range of government measures put in place to financially support companies in response to the coronavirus pandemic, including the Corporate Insolvency and Governance Act.

As individual voluntary arrangement (IVA) numbers have been calculated using different methodology, they are presented separately to debt relief orders (DROs) and bankruptcies.

Overall DROs and bankruptcies decreased in August 2020 when compared to the same month last year, while IVAs were lower than the rolling three-month average observed in the period ending August 2019. In August 2020, there were:

The fall in DROs and debtor bankruptcies corresponds with a reduction in applications for these services, which coincided with the announcement of enhanced government financial support for individuals and businesses since the emergence of the coronavirus pandemic. The fall in creditor bankruptcies will likely have been a result of reduced HMRC enforcement activity during this period and in part, a result of reduced operational running of the courts during this time.

It is noted that the three-month rolling averages should be used to consider potential changes in IVA trends over time, and both sets of numbers should be used with caution.

The Accountant in Bankruptcy, Scotland’s Insolvency Service, administers company insolvency in Scotland. They reported that in August 2020:

Of the 44 total insolvencies in Scotland in August 2020, there were 19 compulsory liquidations, 21 CVLs and 3 administrations and 1 company voluntary arrangement. There were no receiverships.

In Northern Ireland in August 2020 there were:

Companies insolvencies fell by 82 per cent when compared to August 2019 and consisted of 2 CVLs and 2 administrations. There were no CVAs, compulsory liquidations or administrative receiverships.

Individual insolvencies were down 48 per cent from August 2019 and consisted of 82 IVAs, 21 DROs and 4 bankruptcy.