Unemployment rates: new graduates to be on the dole after Covid-19 pandemic 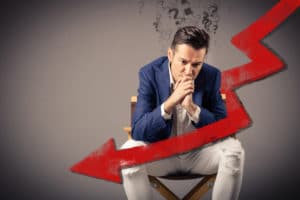 Unemployment among young people in Britain will reach the one million mark over the coming year unless the government provides job guarantees or incentives for school leavers and graduates to stay on in education.

The number has already exceeded 800,000 and the fact that thousands more people will soon be graduating from secondary school and university, the figures will unfortunately quickly rise while ever the country continues to suffer from coronavirus.

The Resolution Foundation has stated that during the absence of action, at least 600,000 more people under the age of 25 will be added to dole queues, with a risk of long-term damage to their career and pay prospects. This is extremely harsh news for people looking to kick-start their careers after finishing a high degree of education, such as going through three to four years at university.

The 800,000 school leavers and graduates due shortly to join the labour market – was the most exposed age group to the likely unemployment surge caused by the economic fallout from the Covid-19 pandemic.

The latest figures from the Office for National Statistics showed that 408,000 people in the 18-24 age group were currently unemployed. This could be argued that it’s because that’s the kind of post education age where individuals are deciding what to do or which career paths to pursue. But, it is worrying that younger people, such as new graduates seem to have a great deal of difficulty in finding jobs, and this pandemic will have only added to those worries.

The Covid-19 crisis has posed particular problems for young people. Ministers will need to respond with the offer of guaranteed jobs, or at least jobs that are much more achievable than we’ve seen in recent times, focusing apprenticeship opportunities on young workers and introducing new maintenance grants to encourage the under 25s to extend their education by a year. Or at least offer some kind of solution that creates more opportunities for people within that age group to obtain.

The Resolution Foundation said a short-term lack of job opportunities would lead to long-term scarring of young people. Its report said employment rates of graduates entering the labour market during this crisis were projected to be 13% lower in three years’ time than they would have been if the pandemic had never taken place.

Employment rates for mid and low skilled workers risked falling even further (by 27% and 37% respectively). Though they’re only categorised as such because Boris Johnson decided to claim anyone earning under £25000 a year is unskilled, which includes many people currently doing a fantastic job in our NHS. He may well have privately changed that definition after his recent experience with coronavirus and how he was helped through it by the very same staff he previously brought down with his mindless comments.

The Resolution Foundation also stated that the young people who manage to find work will be low paid. A year after leaving education the pay of graduates is projected to be 7% lower, and between 9% and 19% lower for mid- and low-skilled workers. This is disheartening, but finding a job will become a major task in itself soon enough, so getting on the career ladder at all will unfortunately likely be seen as quite an achievement within the next few years, even if you have to start your climb from a particularly low point.

Over the past 10 years one in three non-graduates, and one in five graduates, got their first post-education employment in sectors such as retail, hospitality, travel and leisure – the sectors hardest hit by the lockdown. This means that even those filling the job roles that aren’t exactly what they were aiming for, will now likely become a rarer find, making the entire post-lockdown job search quite barren in comparison to how it was before.

The Guardian have reported that, “Kathleen Henehan, a research and policy analyst at the RF, said: “The 800,000 young people set to leave education this year amid an unprecedented economic crisis are facing huge immediate unemployment risks, and longer-term damage to their careers.

“The ‘corona class of 2020’ could face years of reduced pay and limited job prospects, long after the current economic storm has passed, unless the government provides additional support, and fast. A new maintenance support scheme could help thousands stay in education and build up their skills, while those entering the labour market for the first time should be supported by a job guarantee offering critical employment experience.”

Meanwhile, a separate report highlighted the fragility of Britain’s companies affected by an extended lockdown. The fortnightly tracker from Opinium, a strategic agency, and the consultancy CEBR, found that more than a quarter of a million businesses would not be able to survive if trading conditions remained as they were for another month.”

If we are to be eventually hit by a second wave of coronavirus at some point in the future, it could be fatal for the business community, as a subsequent lockdown would once again have to likely follow. One in ten British businesses have already said there was a high risk they would enter the insolvency process due to the knock-on effects of this terrible disease, which is currently damaging our society in more ways than one.

For those businesses that are set to embark on an insolvency journey, it doesn’t have to be the end of the road for your business. You can use it as a turnaround procedure and come back stronger than you ever were before. At Business Insolvency Helpline, it is our sole focus to help business owners, directors and entrepreneurs restore and turnaround the fortunes of their companies. As leading consultants in our field we provide a complete business rescue and turnaround service. We aim to ensure our clients get a second chance and are well equipped to make the right decisions for their business ventures in the future.

The new era for job seekers

If you’ve ever searched for a job before, you’ll understand it can be a tedious, pressure-filled situation, though it is certainly one that many of us have to take part in. Job searching will definitely be an increasingly popular activity after the pandemic is finally over, because unfortunately many people have lost their jobs due to the spread of the virus.

Though the future may appear bleak at the moment for young people all over the United Kingdom, it is important to remain optimistic and hopeful wherever you can. Search online job boards and look for new opportunities that are arising on social media: a searching platform that is becoming increasingly popular for companies that are looking for new employees.

Work is drying up thanks to the lockdown and the government have recently stated that they won’t be able to continue with their furlough payment schemes, as it is simply too much to be paying the majority of the country a wage while they’re having to be away from work. This is causing all sorts of troubles with the British economy, and will clearly take us quite some time to recover it to a respectable level.

The jobless rate will only increase while ever we remain in lockdown, because it ultimately puts a stop to the large majority of job roles. Though, the government will soon have to act to get people to return to work in order to establish some level of economic recovery. We cannot allow the number of unemployed people to rise up too much, or it will be increasingly difficult to turn that around.

Young people in unemployment is a trend we need to change over the next few years, but we’ll only be able to do so by creating more opportunities and finding new ways to incorporate post-education job roles to people in and around the UK. If you have an innovative, from-home business idea you’ve been waiting to execute, now may just be the perfect time for you to strike that match.

Previous Post
Shocking stats as new car sales fall by 97% in April 2020
Next Post
Will housing prices fall after the Coronavirus pandemic?