What is an IVA and is it right for you? 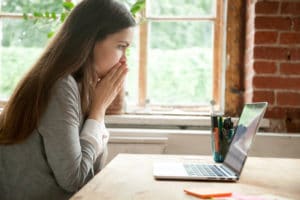 An IVA usually lasts five years, but sometimes an IVA is extended for another 12 months to allow you to make the agreed payments. If you’re able to make a lump sum payment, your IVA can end sooner.

Only some people can qualify for an IVA. At least 75% of your debts need to be included in the Agreement, and the relevant creditors must agree to it. Some debts can’t be included, such as student loans, fines and child support. If you live in Scotland you can’t get an IVA, but you may be able to get a Protected Trust Deed, which is similar. Have a read of the pros and cons and see if an IVA the best option for your situation.

What is an IVA?

An individual voluntary arrangement (IVA) is a legally binding contract between an individual (the debtor) and his or her unsecured creditors, under which the debts owed by the debtor to his or her creditors will be compromised by time and or amount, depending on the debtor’s financial circumstances.

Typically, an IVA will enable the debtor to repay a proportion of his or her debts over a period of time; usually no longer than five years. The proportion to be repaid (the ‘pence in the pound’) will be determined by what the debtor can afford and what the creditors are prepared to accept.

In any event an IVA should offer a better outcome for unsecured creditors than if the debtor were to be declared bankrupt.

Role of an Insolvency Practitioner during an IVA?

To set up an individual voluntary arrangement, you’ll need to pay a licensed insolvency practitioner (usually a qualified lawyer or accountant). Their fees can be around £5,000 – but some practitioners will include this in the Agreement. The IVA proposal is prepared by the debtor with the assistance of an Insolvency Practitioner (IP). Provided the IP is satisfied that the proposal is, amongst other things, fit, fair and feasible, he or she will agree to act as ‘Nominee’ and place the proposal in front of all the creditors.

An IVA must be approved by 75 per cent by value of a debtor’s unsecured creditors. If the proposal is accepted, the Nominee becomes the Supervisor of the IVA and it will be his or her responsibility to ensure that the terms of the IVA are adhered to.

When an IP is first approached by a debtor with a view to proposing an IVA, he or she should always make the debtor aware of the alternative courses of action which are available. The IP should provide a copy of, or provide the website link to ‘Is a Voluntary Arrangement right for me?’. This is an explanatory leaflet on IVAs published by R3 – The Association of Business Recovery Professionals.

What are the benefits of an IVA?

For the debtor, the principle benefit of an IVA is that it avoids the restrictions of bankruptcy, under which a debtor cannot:

If a bankruptcy petition has been issued, this can be superseded by an application for an Interim Order, allowing the debtor time to propose an IVA.

Whilst the fact of an IVA is a matter of public record – it is entered onto the government’s Individual Insolvency Register – the contents of the proposal remain confidential between the debtor and his or her creditors.

What are the disadvantages of an IVA?

Despite its appeal, there are naturally some disadvantages to an IVA, including:

Debts that cannot be included in an IVA?

The following debts cannot be included for repayment via an IVA:

What are the alternatives to an IVA?

If you have nothing to lose, for example if you live in rented property and bankruptcy wouldn’t have a detrimental impact on your ability to earn a living, then an IVA might not be right for you and bankruptcy may well be the most appropriate solution.

There are some other alternatives to an IVA, including:

What is the individual insolvency register

The individual insolvency register allows you to search for people who have gone bankrupt or signed an agreement to deal namely an IVA, with their debts in England and Wales. The details will normally remain on the register until three months after you’ve been discharged from bankruptcy. Your bankruptcy or IVA will also appear on your credit file for six years. This will affect your credit score and make it much harder for you to get credit.

Whilst the fact of an IVA is a matter of public record – it is entered onto the government’s Individual Insolvency Register – the contents of the proposal remain confidential between the debtor and his or her creditors.

In England and Wales the Insolvency Register is publicly available, it’s unlikely that the Insolvency Service will publish details of your bankruptcy in your local newspaper. Many people believe this happens routinely, but usually it’s only the case if you’re hiding assets or not cooperating with the official receiver.

How will an IVA affect my home?

An IVA will affect your home only if you own your own property, this will be taken into consideration when you apply for an IVA. Under an IVA it’s unlikely you’ll have to sell your home. However, depending on the amount of equity in your home, you may have to re-mortgage six months before the end of your IVA to release equity. This will then be paid into your IVA. If you do have to re-mortgage, you won’t be expected to increase your mortgage to more than 85% of the value of your property. The mortgage will also be assessed to make sure it’s affordable.

It’s important to note you would not be expected to sell your home. If you are unable to remortgage your property, your arrangement may be extended for up to 12 months.

If you’re a first-time buyer, looking to get on the property ladder, it’ll be harder to get a mortgage while you’re on an IVA. Once you’re on an IVA your Insolvency Practitioner (IP) will discuss all of this with you in more detail. They’ll share information about mortgaging and re-mortgaging in your IVA proposal.

How will an IVA affect me long term?

An IVA will impact your credit rating for a total of six years, as is the case with all formal debt solutions in much the same way as Bankruptcy or a DRO would.

Previous Post
Bankruptcy or an IVA – which is best?
Next Post
The truth about bankruptcy: five common myths dispelled