Phoenix Company is a description often given to a new Limited Company established immediately following the liquidation of an insolvent business.

It is perfectly legal to form a new company from the remnants of a failed company. The phoenix company arrangement allows a business to start again and for the profitable elements of the failed business to survive, offering some continuity for both suppliers and employees.

You have built a business, worked hard and it has a value which it has built up over many years, the insolvency of your current or old company is often linked to a specific event that has caused the business to fail, if you believe that you are best placed to protect jobs and take the business forward then we need to talk about a Business Phoenix.

When such a scenario occurs, creditors and observers frequently ask if this practice is legal, and it’s easy to see why. Often creditors, such as local authorities and water authorities, are obliged to accept such business rates customers without sanction and without question. 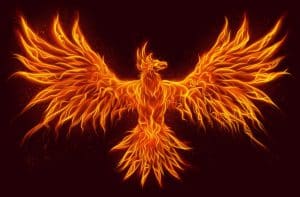 What is a Phoenix Company

A phoenix company is simply a new company that is born out of a liquidation, all the debt and issues of the old business are left behind allowing the new business to raise from the ashes.

The company typically starts out after the “business” and or “its assets” of an insolvent company are bought in administration or liquidation by the company’s directors.

The business continues trading as a new entity, starting fresh.Phoenix companies are often used in corporate restructurings, bankruptcies, and other situations where it is advantageous to start fresh with a new company.

In some cases, the new company will even have the same name as the old one. This can help to minimize disruptions and confusion for customers, suppliers, and other stakeholders.

However, it is important to note that a Phoenix Company is not simply a reboot or a restart. It is a new legal entity with its own management, shareholders, and assets. As such, it must be treated as a completely separate entity from its predecessor.

Why is it called a Phoenix?

The word ‘phoenix’ is given to these companies as in Greek mythology a phoenix bird. The name gives rise to its ability to cyclically regenerate and obtains new life by rising from the ashes of its predecessor.

Is a Phoenix Company legal under the insolvency act?

Yes, a Phoenix Company is legal under insolvency law as long as the rules are followed and the directors behaviour is not misleading or wrongful.

Anti phoenix rules are prevent owners, directors and employees of an insolvent company working for a phoenix ‘successor’, as long as the individuals involved aren’t personally bankrupt or disqualified from being a director of a limited company.

However, it should be said that if a sale takes place before the insolvency procedure, it would be investigated by a subsequently appointed insolvency practitioner.

There are also some restrictions on phoenix companies in general. For example, a phoenix company cannot have the same name or similar name to its predecessor without sanction of the court. Failure to comply will place directors in a position where they will face personal liability for company debts.

Phoenix companies often sit badly when tried in the ‘court of public opinion’. But what observers and creditors may not be aware of are the circumstances pertinent to a phoenix company.

In order to be allowed to continue to hold office, the directors may have had to pay fines and/or provide undertakings to the Secretary of State for the Department of Business Energy & Industrial Strategy.

Setting up a phoenix business – What are the rules?

Not every case of a company failure is down to the directors wrongdoing. Business law in the UK law allows company owners and directors to carry on trading in the same way as before. Though the following will prevent you from restarting as a phoenix business, individuals involved are personally bankrupt and have been disqualified as a director.

The following rules must be complied with:

The old company assets need to be sold and purchased for a fair price, having been advertised and marketed properly. You will need to appoint a chartered surveyor or auctioneer to ensure a true and fair valuation takes place.

Creditors interests need to be reassured that there is no investigating into the conduct of the company directors prior to the liquidation.

Notification of the sale needs to be issued to creditors, no later than 2 weeks following the sale. The insolvency practitioner will also have to notify creditors of the sale.

The new company must have a completely different name to that of the company which entered liquidation,. The exemptions can be made to court to apply to use the name again.  This is under section 216 of the Insolvency Act 1986.

HMRC phoenixing rules usually require PAYE and VAT deposits for the new company. This is especially if they lost out in the liquidation of the previous liquidated company.

The view of HMRC can be that sometimes the company has been liquidated purely to avoid tax.

HMRC have also introduced joint and several liability for tax avoidance and tax evasion cases, to ensure that directors and shareholders cannot keep liquidating companies within a five year period.

If this is proven correct they can reclaim it. HMRC have ‘Anti-Phoenix’ rules which apply to companies that meet conditions to suggest that they have been wound up simply to avoid income tax;

Carry on with the business even if the company is insolvent?

If your company is insolvency, you need to seek advice to protect your position, there is an option to carry on trading, this is known as a pre-pack administration.

The good-will and companies assets are offered for sale in a pre-arranged deal/sale with the company’s directors. This is a preferred option as it provides the best outcome for creditors so long the directors will pay a fair price for the assets.

Creditors voluntary arrangement is one option to carry on trading, it is a type of business IVA that allows you to repay your creditors over a period of time. There is no need to arrange for the sale of the assets as they stay within the business.

To summarise: provided they remain within the parameters of the law, phoenix companies are legal. However, the success of a phoenix company will depend on the market place and on the customers and suppliers with whom it trades.

For a free consultation and advice or use our online contact form.

Menu
Manage Cookie Consent
To provide the best experiences, we use technologies like cookies to store and/or access device information. Consenting to these technologies will allow us to process data such as browsing behaviour or unique IDs on this site. Not consenting or withdrawing consent, may adversely affect certain features and functions.
Manage options Manage services Manage vendors Read more about these purposes
View preferences
{title} {title} {title}