Company strike off has been suspended 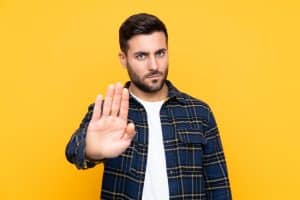 When a company is struck off the register at Companies House, it means that the company has been dissolved and will no longer exist, but what happens if your company strike off has been suspended?

In order for your application to strike off your company to be suspended a creditor has objected to your dissolving the business and your company will therefore remain active and on the Companies House register.

The company will not be dissolved until another application has been made and no objections received.

Why has my company strike off been suspended?

There are a number of reasons why your company’s strike-off may have been suspended. The first reason is that the Companies House may have received new information about your company that means it is no longer eligible for strike-off. This could include new filings or changes to your company’s status.

Alternatively, there may be an ongoing investigation into your company that has led to the suspension of its strike-off. If this is the case, you will need to resolve the issues under investigation before your company can be struck off theregister.

Finally, your company’s strike-off may have been suspended due to a change in the law or other regulatory requirements. In this case, you will need to ensure that your company complies with the new requirements before it can be struck off.

If you are not sure why your company’s strike-off has been suspended, you should contact the Companies House for further information.

What next if voluntary strike off action has been suspended

The first thing you need to do is find our who suspended the action, you should make contact with Companies House directly and they will be able to tell you the nature of the objection and who made it. This is important because only then can you clear the specific impediment to your strike off being accepted.

If you have applied to Companies House in order to voluntary strike off your company here are three main options open to you.

There are a number of reasons for a company strike-off procedure being rejected or suspended is if HMRC believe that the company has unpaid tax liabilities such as VAT or corporation tax.

Objections can also be raised by other interested parties such as:

Companies House will let you know that an objection has been made and the dissolution process has been suspend for 3 month .If you are in the position of struggling to close a company then we can help. A strike off might not be the best approach for your company, if you have insolvency issues though you will need specialist legal advice.

Previous Post
The Risks of Trading whilst Insolvent
Next Post
Cannot afford to repay my Bounce Back Loan – What are my options?