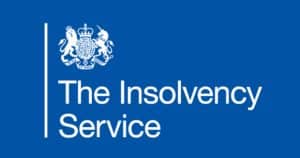 Rahul Dev Sharma, had transferred £42,920 of clients money into the company account where it was then transferred to accounts also controlled by him. Sharma’s nine-year disqualification started on July 3, 2017 and will end in July, 2026.

Debt Connect helped individuals in financial distress and arranged for monies to be paid to creditors.

Debt Connect was supposed to look after the interests of clients who were in financial difficulties. However Investigators found that during the time when Rahul Sharma was directing the company, Debt Connect did not make all payments due to clients’ creditors, including printed cheques not posted out totalling £32,465 which were in a box delivered up to the liquidators, nor did it pay refunds due to clients of at least £9,267.

Insolvency service investigators found that the company did not send cheques out or paid refunds due to clients totalling c.£42,000 that during the time when Rahul Sharma was directing the company, Debt Connect had already lost its Consumer Credit Licence and been instructed by a tribunal to return payments received from clients which would not be distributed to their creditors.

This he failed to do.  In addition Rajiv had also acted as a director of Debt Connect in 2013/2014 when he was already a subject of disqualification.

His disqualification in relation to Debt Connect started on November 10, 2016, and runs until November 2027.

Robert Clarke, investigations group leader at The Insolvency Service, said: “Debt Connect’s customers were vulnerable individuals who had already experienced financial difficulties and had turned to a debt management company with the expectation that the resolution of their problems would be paramount.

“However, there were serious failings within the company. Rahul Sharma failed to ensure all payments were made to clients’ creditors and defied a clear Tribunal instruction, and Rajiv Sharma blatantly ignored his existing disqualification. The lengthy bans these men have accepted are wholly justified.

Debt Connect was incorporated on 01 October 2001. From around March 2009 the company traded from No. 2 Universal Square, Devonshire Street North, Manchester M12 6JH.

When Debt Connect went into Liquidation on 28 October 2014, the company disclosed assets estimated to realise £1,000, and liabilities to creditors of £157,842.