Where are HMRC offices located in the UK? 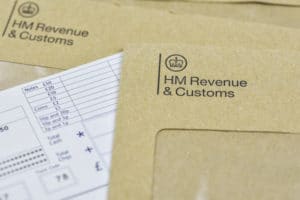 It’s well known that it can be rather difficult to get into contact with HMRC; especially when trying to speak to to an individual department. They operate in multiple offices around the UK.

These offices are not widely advertised and it can be a real test figuring out how to contact them, hence our reasoning for providing you with a helpful list below. HMRC also has a number of different phone numbers; accidentally calling the wrong department can lead you to be waiting for hours just to find out how to contact the department you’re looking to speak with.

So, instead of allowing your frustrations to build up, utilise our list of contact numbers for them below and skip the wait times,

HMRC office locations in the UK

This article aims to guide you in the right direction in regards to contacting HMRC, so follow and use our collected information freely, as you wish.

If you are in need of some advice regarding company tax arrears or personal tax problems, Business Insolvency Helpline can also offer free confidential advice. Our team has over 30 years’ experience advising company directors, sole traders and individuals on a range of HMRC concerns such as VAT, corporation tax, PAYE, Time to Pay, payments on account and much more.

NIC and Employer Complaints
HM Revenue and Customs
BX9 1A

What action can HMRC take for missed or late payments?

If your business isn’t able to make a payment to HMRC, contacting them immediately and explaining the situation is the best possible thing to do. This may turn away any potential enforcement action taken against you, as you’ll be showing them you are not deliberately missing payments.

HMRC will most certainly take fast-paced action against any business that fails to make payments on time. If they believe a company has become insolvent they’ll try to close them down as quickly as possible.

If you end up in a similar situation, the first thing that’ll happen is you’ll receive a letter indicating to you exactly how much you owe. With the letter, a short period of time will be awarded to you where you can pay any arrears, usually seven days. If you still fail to make the payments when this time is up, further action will be taken by HMRC.

Unless you have a valid reason to miss a tax or NI payment, or complete it late, such as a serious illness or a family bereavement, for example, all missed and late payments will be punished by HMRC, normally in the form of a fine.

If you respond quickly after receiving your letter from HMRC and can arrange a time to pay (TTP) agreement, you may be able to avoid any surcharges. You will often also have the option to appeal against a late payment penalty, but again, you’ll need strong reasoning to explain what caused those actions.

If the debt remains unpaid, HMRC can issue a notice of enforcement giving you 14 days to pay the amount outstanding. Having reached this stage, it may not now be possible to negotiate a Time to Pay arrangement.

The notice of enforcement will let you know HMRC’s intention to seize goods from your business premises if you do not pay the debt. They have the right to do this under the Taking Control of Goods Regulations, 2013.

HMRC will attempt to recoup some of their lost funds by sending out bailiff officers to your premises to seize goods and take away business assets. They’ll then go on to sell these in order to gain back some of the cash they haven’t received from your business.

Though, no goods will actually be taken away on their first visit. They’ll only be identified and documented in a Controlled Goods Agreement, which is an inventory. The items that are listed in the inventory are not allowed to be sold or disposed of by their owner and will remain untouched for seven days, allowing you some time to pay the money you owe.

The items that have been listed in the Controlled Goods Agreement will only be seized and listed for auction if you fail to make they payment within your given seven-day final warning period. This will damage your company’s reputation greatly, as well as having a negative practical effect on it due to the loss of certain items you may have needed to operate effectively.

A statutory demand for the payment of £750 or more can be sent by HMRC without first gaining sanction from the court. If your business is still failing to make payments or repayments at this late stage of the process, you’ll likely be met with a winding up petition, due to your continuous actions.

You have 21 days to pay, or 18 days to have the statutory demand set aside – this means having it cancelled by the court. Bear in mind though, that a debt needs to be genuinely in dispute to have it set aside.

If any debt remains unpaid after 21 days on the initial receipt of the statutory demand, HMRC will most likely petition the court to wind up your business venture. This means that if the court grants a winding-up order, it will be liquidated and removed from the register at Companies House.

The news of your winding-up petition will be first advertised in the Gazette, which will alert creditors, such as banks, to state of your situation. The main consequence of this is that the banks will most likely freeze your accounts, which will in turn stop you from trading as a business.

HMRC arrears represent a very serious threat to your company, and your actions as a director will be investigated if a winding-up order is ultimately granted. Business Insolvency Helpline has extensive experience of dealing with HMRC, and may be able to help you negotiate for more time to pay. We may even be able to help you find a solution to turn your business around if it isn’t too late, so get into contact with us today and find out how we can help save the future of your business.

Previous Post
What to do if you receive a winding up petition from HMRC
Next Post
What is a DS01 form for company dissolution?