Reuse of Company Name After Liquidation 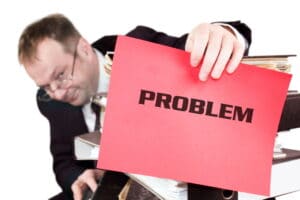 If you’ve been a director of a company that has gone into liquidation and you wish to reuse your old company name or trading name.

Section 216 & 217 of the insolvency act will restrict your involvement with companies with the same or a similar name in the future.

It is very important to be aware of these laws as contravening them is a criminal office punishable by prison, fines or both.

Limited company director’s who intend to place your company into liquidation, it’s important you consider your plans after the company has been liquidated.

Section 216 of the Insolvency Act 1986 makes it illegal for any person who was a director of a limited company at any point in the 12 months before that company went into liquidation to be involved in another company with the same or a similar name for a period of five years.

These laws also apply to shadow directors (those acting in the role of directors who are not formally appointed as such).

Some directors prefer to use the same company name, or one that is very similar, to retain goodwill built up over the years by the old company. This encourages trade, and helps to ensure the new business gets off to a good start. The problem for the authorities, however, is controlling those directors who have increased creditor losses in the liquidated company, either via fraudulent activity/deliberate misconduct, or through negligence.

This is a serious issue, and the ongoing protection of consumers and trade customers is paramount.

When is a name is prohibited?

Section 216 of the Insolvency Act 1986 places certain restrictions on a person who was a director or shadow director of a company (the liquidating company) at any time in the period of 12 months prior to that company’s insolvent liquidation (the 12 month period).

Except with the leave of the court, such a person shall not at any time in the period of 5 years beginning with the date of liquidation of the liquidating company:

For the purposes of Section 216, a name is a prohibited name if:

References in Section 216 to a name by which a company is known are to the name of the company at that time, or to any name under which the company carries on business at that time. The restriction therefore does not apply only to registered names. Whilst it is possible to re-use the same or similar name of a liquidated company it can ONLY be re-used if one of the “exceptions” set out below applies.

For example, Should ABC Haulage Limited had entered into insolvent liquidation, only for a new business to be set up by the same management team operating as ABC Haulage (Bristol) Limited, this will be caught by the restriction.

If none of the “exceptions” apply then you will be in breach of section 216 of the Insolvency Act 1986 and could be liable to a fine, imprisonment, director disqualification proceedings and will be “invited” by the Investigation & Enforcement Services of the Insolvency Service to change the new company name and / or resign as a director of the new company.  All of these penalties can so easily be avoided if one of the following is undertaken or applies at the time that the “old” company goes into Liquidation; these are known as the “Excepted Cases”:

The liquidator sells your company

When your business, or a substantial part of the business, is sold on by a licensed insolvency practitioner, you may be able to reuse the name. You must provide legal notice of the purchase to creditors of the old company within 28 days, and place an advert to the same effect in the Gazette.

You apply to the court to use the name

The directors of a successor company (‘newco’) apply to the court for permission – also called ‘leave’ – to reuse the name of the ‘oldco’ insolvent company. The application must be made no later than 7 days from the date of the liquidation, and leave must be granted no later than 6 weeks from that date. In order to inform the court’s decision, it investigates whether the successor company has a strong financial base and a competent financial team to guide and advise it.

The name is already used by another company

If you have been director of another company with the same or similar name, often a subsidiary company, and it has been trading continuously for 12 months prior to the other company’s liquidation, you may be able to retain the name. Additionally, the company must have held the name for 12 months.

The legislation was created to stop directors from liquidating insolvent companies and then starting up a company with the same or a similar name to stand in the place of the original liquidated company.

Were it permitted, this so-called “phoenixism” would allow companies to liquidate and evade paying outstanding creditors in full and then simply start a new company to carry on as before.

If a person acts in contradiction of Section 216 of the Insolvency Act 1986, they could face imprisonment, a fine, or both. In addition to this, directors of the new company, having operated under a prohibited name, would lose the privilege of limited liability. This means that the directors involved would personally incur any company debts accumulated during the time they were involved.

If a director of an insolvent company either wishes to continue to act as director or in the management of another company with the same or similar name to which Section 216 applies, it is important they seek early advice, particularly if they wish to take advantage of the statutory exceptions.