What Is A Preference Under The Insolvency Act 1986? 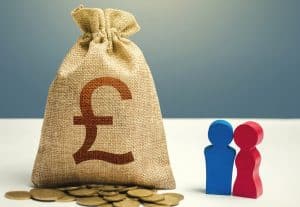 A preference under the insolvency act 1986 occurs when a company pays a specific creditor or group of creditors(s) and by doing so makes that creditor “better off” than the majority of other creditors, before going into a formal insolvency like administration or liquidation.

However, the second important test is that there must be a “desire” to make that particular creditor better off. This is an area of insolvency law that is commonly misunderstood, but can cause many problems for those who create the preference.

Should the preference be proven it can lead to action against the beneficiary, the directors, lifting of the veil of incorporation, personal liability and if wrongful trading proven, disqualification under other provisions of the insolvency legislation

Imagine you are a Mr A (Director of ABC Limited (“the Company”) and you are also the main shareholder. You have lent the Company £30,000 over a period of time and you are still owed this sum. Unfortunately, the Company has encountered difficult trading conditions and cannot meet its liabilities when they fall due.

As a director you are on the company’s bank mandate and as such you control who gets paid what from the Company’s bank account.

The Company is currently overdrawn at the bank to the extent of £10,000 but fortunately a customer has just paid the Company a payment of £40,000. The business also has a variety of creditors pressing it for money in addition to your personal debt of £30,000.

You are aware that unless the Company’s trading conditions improve you might have to go into Liquidation unless it obtains fresh sources of funds to enable it to continue trading.

The following day after you made yourself a payment of £20,000 a Winding Up Petition is issued by HMRC for the Company to be wound up and shortly thereafter it entered Compulsory Liquidation.

The payment of £20,000 is in the vast majority of cases will amount to a clear case of what is a preference payment.

Should a preference payment be made Insolvency Practitioners will use Section 239 of the Insolvency Act 1986 in order to issue legal proceedings for compensation following when company assets and property has been transferred within two years of the commencement of insolvency of a limited company in a preference to other creditors, putting them in a better position. (1)

This is known as an antecedent transaction.

When must the payment have been made?

In order to be classed as a payment within the ‘relevant time’ to be a preference, the relevant time varies depending on whether the creditor is an “associate” of the bankrupt or liquidated company.

Where the creditor is not an associate or connected company, the payment will only be a ‘preference’ if it was made within 6 months prior to the date upon which the bankruptcy petition/ winding up petition was presented.

Where the creditor is an associate or connected company, a payment made within 2 years prior to the presentation of the bankruptcy petition/ winding up petition could be considered a preference.

However, the time will not be relevant unless it can be shown that the individual or company was insolvent (as defined in the Act) at the time of the payment, OR became insolvent as a result of the payment

What are the consequences of making preference payments?

To know more about preferential payments in insolvency, and to make sure you are not taking unlawful or wrong actions as a company director, our experts can advise whether your actions as a director might be looked at.

We operate nationwide and can also provide a same-day consultation in total confidence for free.

What is a preference claim against a director?

A preference claim against a director is when a company has entered administration or liquidation and a claim is brought again the directors for putting one or more creditors into a better position than other creditors.

Who can bring a preference claim?

An administrator or liquidator can bring a preference claim against a director(s) of a company (or a limited liability partnership) which has gone into an insolvent liquidation or administration.