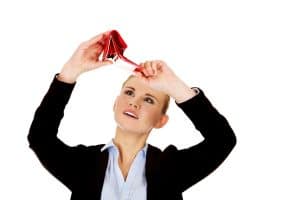 A bankruptcy restrictions order (BRO) is a court order that places restrictions on a person who has been bankrupt. The restrictions are designed to prevent the person from obtaining credit or acting as a director of a company.

A BRO can last for up to 15 years. If a person breaches the terms of a BRO, they can be fined or jailed, and are usually issued due to due an individual being reckless, dishonest and fraudulent behaviour.

What is a bankruptcy restriction order?

A bankruptcy restriction order (BRO) is a court order that can be made against an individual who has been declared bankrupt in the United Kingdom. The purpose of a BRO is to restrict the activities of a bankrupt person in order to protect creditors and the public.

Should a person breach a BRO, they can be fined or imprisoned.

What is a bankruptcy offence?

This counts as a criminal offence. You could be fined or sent to prison. You therefore need to seek legal advice.

Many of the bankruptcy offences may be committed:

Examples of conduct which could constitute an offence after the court has made a bankruptcy order include:  concealing, destroying, or falsifying documents.

Who issues a bankruptcy restrictions order?

A bankruptcy restrictions order is issued by the courts or the person dealing with the case, this could be the official receiver or an insolvency practitioner

BRO’s are a legal order from the court, the order will extend the period of time you have to follow certain restrictions. This order is not a criminal offence.

How to respond to a BRO

You have 21 days to respond to the initial letter implying you maybe issued with a BRO.

If you agree with the allegations made against you, you can offer to enter into a bankruptcy restrictions undertaking (BRU). A BRU has the same legal effect as a BRO but you don’t need to go to court. As you accept the allegations made against you, the period of the BRU may be shorter than if the court made a BRO. If you have any comments to explain your conduct, you can tell the official receiver, as this may further reduce the period.

If you fail to reply to the official receiver within 21 days, or there are less than 6 weeks until your discharge, the Official receiver will schedule a court hearing to consider your case. You will be sent details of the case and the date of your hearing. You will be asked to confirm receipt and what you intend to do on a form that you should return to the court within 14 days. If you do not do this then you can still attend the hearing but may not take part without the court’s permission.

If you want to challenge the allegations against you, you have 28 days from when you receive notice of the hearing to give your evidence to the court. The official receiver may provide further evidence in response to this. The court will take all of the evidence into account.

At the hearing, the court will consider your case, should you fail to attend, a decide whether a BRO is appropriate will be made in your absence.

Bankruptcy order restrictions include the rules you have to keep to when you are made bankrupt and other extra rules. For example, you must not:

The bankruptcy restriction order register is also known as the insolvency register, it hold details of all individuals that are held under a type of insolvency or restrictions.

How long does a bankruptcy restriction order last?

A bankruptcy restriction order allows the period of restrictions to extended between 2 and 15 years and subjects you to further restrictions.