Can I be a director and have a criminal record? 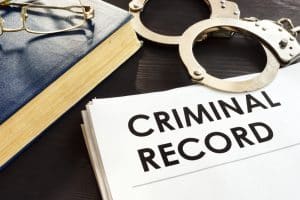 If you have a criminal record and are currently wondering if this would stop you from becoming a director of a business, you should probably stop worrying.

In the vast majority of cases, having a criminal record will not prevent you from becoming a company director.

The only time it would possibly stop you is if you have received an official Director’s Disqualification Order. Many companies will choose to do personal background checks on job applicants they are considering for a role, but in the name of the law, you can still become a director with a criminal record.

Private limited companies are legally required to have a minimum of one director, though this number goes up to two for public limited companies. It is also legal for at least one of these directors to be an actual person, rather than another business.

What Makes a Good Director?

There are a few key factors that make up a good director. Directors can approve exchanges and go into contracts for the benefit of the business. Hence, they should be dependable and honest as they are eventually liable for the activities of the firm and will be responsible for any offences that are committed by the business venture.

The manner by which directors are picked and selected can fluctuate from one business to another. Although, the methodology is illustrated in the organisation’s constitution or Articles of Association. Companies House tracks each business and when another director is appointed, it ought to be informed utilising the Appoint a Director (AP01) form. This is a requirement that all businesses must adhere to.

Here is a selection of the most important skills for a company director to have:

Having a Criminal Record

Of course if you already have a criminal record, you will want to avoid any further complications or issues.

According to the Company Directors Disqualification Act 1986, directors are classed as either “fit” or “ill suited” to go about as an overseer of a business. The meaning of a “fit” director doesn’t actually exist, all things considered, there is a rundown of elements characterising “unsuitableness”. Anyone that isn’t classed as unfit by these definitions is instead classed as fit and is able to act as a director to businesses.

Having a criminal record shouldn’t keep people from turning into a head of a company. The AP01 structure, that should be recorded at Companies House, makes no reference to criminal records. Even though, there might be a few factors that keep people from turning out to be directors of a company, for example, if they are on The Disqualified Directors Register since they’ve been restricted by the Courts from being a Director.

A few convictions for wrongdoings involving the organisation will make directors be precluded. Individuals sentenced for specific charges on prosecution can’t be a chief if the charges include running the company. This applies if the offence identifies with choices made for the business or that could influence its monetary standing. An arraignment is a composed charge of a genuine offence.

Higher courts, for example, the District Court hear these sorts of charges. This is conversely with less genuine synopsis charges which are heard in a nearby or judge’s court. Directors prosecuted for violations identified with the running of an organisation should look for legal counsel.

This is on the grounds that conviction will imply that they can presently don’t be a head of the business. You ought to talk with a criminal attorney if you have been arraigned for this sort of offence. If you feel that you need more details about laws, etc. you would be wise to seek out help from a solicitor or someone within a similar legal field.

Offences Under the Corporations Act

When attempting to recruit any new members of staff, including company directors, you should be on the lookout for certain things. Directors of any business will typically make up the board, this means they will be present at board meetings, etc. So, with that being said, you’ll need to actively try and recruit board members that are going to have a lot of past hands-on experience within your field of work.

You need directors that are highly strategic and have a history of successful campaigns. As long as you are employing individuals with knowledge and experience, you should be more than fine.

If your board is taken seriously by people outside of your company, you will ultimately you will have better relationships with investors, and future business partners will share a greater relationship with you.

Recently disqualified directors are not permitted to return to their position unless a court judges them to be. In a public limited company, directors beyond 70 years old must have their arrangement endorsed at a company general meeting. Lastly, all directors have to be over the age of 16, though we are sure you wouldn’t be considering someone of that age or below anyway.

Get in touch today

If you require any more information about our services, please feel free to get in touch and contact us today. If you are still unsure whether you can legally act as the director of a company, we can clear up the issue for you.