Can I sell my company’s assets prior to a liquidation 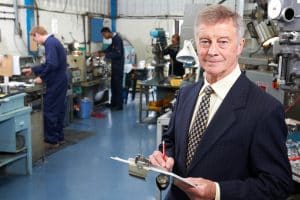 Directors can sell company assets prior to liquidation, however there are strict regulations surrounding the sale. If the liquidator sees potential wrongdoing or possible fraud, they have the power to further investigate the selling of company assets.

It is worth remembering the creditors interest will always take priority. Failing to meet these requirements can lead to accusations of misconduct or even fraud, and carries severe penalties even when you’ve not deliberately tried to deceive.

You should consider the following if you wish to go ahead and sell company assets, it’s important to be very wary. Sometimes directors overlook certain assets or even forget to disclose assets.

The Insolvency Act 1986 gives liquidators the powers to investigate company affairs and get the maximum repayment for creditors. If a liquidator feels that assets have been sold or transferred at an undervalue and consequently to the disadvantage of creditors, an application can be made to the Courts to void (i.e., overturn or reverse) the transaction.

What if I move assets to another company?

Any transaction which disadvantages creditors in anyway, or favours one creditor over another, such as pledging assets as security, will likely be challenged. Assets transferred at undervalue will likely be overturned if a liquidator applies to the Court.

If you still want to go ahead with moving assets to another company, you need to ensure everything has to be done in the correct way. Of course all board members need to have agreed to the transfer of any assets, and the assets need to have been correctly valued by a RICS qualified surveyor. If a winding up petition has been issued, you won’t be able to transfer assets, as doing so will leave you in serious breach of your duties as a director

How to avoid accusations of selling company assets at an undervalue

The value of a company’s assets can be a contentious issue, particularly when the company is facing financial difficulties. When selling assets to raise cash, it is important to avoid accusations of selling at an undervalue. There are a few ways to do this. First, get multiple appraisals of the assets in question, from reputable firms.

It is important that the firm you use has a RICS qualified surveyor to value the assets in question and oversee the actual sale.

This will give you a stronger basis on which to negotiate with potential buyers. Second, be transparent about the reasons for selling the assets and the market conditions that have led to the decision.

If possible, provide buyers with a list of comparable sales to show that the price you are asking is fair. By taking these precautions, you can help to avoid accusations of selling company assets at an undervalue

What are the ramifications for directors making transactions at undervalue?

One of the most common types of fraudulent transfers is when a director makes a transaction at undervalue. This is when the director sells, gives away, or otherwise disposes of an asset for less than its full value. This can be done to creditors in order to avoid paying them what is owed, or it can be done to other shareholders in order to transfer ownership without having to pay fair market value.

Either way, this type of fraud can have serious ramifications. If the transactions are discovered, the directors can be held liable for the unpaid debts or the difference in value

Directors could face severe penalties if they don’t act in the best interest of the creditors. These penalties can range from:

When a director realises that their limited company may enters insolvency they obliged to place creditor interests first in order to minimise their losses.

It might be tempting to sell one or more assets to generate funds for creditors, but unless you’ve followed strict protocol you risk allegations of misconduct.

The appointed liquidator looks into transactions that have been made prior to the liquidation – sometimes up to two years beforehand – and can reverse any they believe are against creditor interests.

Can a director sell company assets?

Yes, a director can sell company assets before going into liquidation. However, it’s important to understand that there are strict regulations you’d need to follow if any assets are sold. And remember, the creditors interest will always take priority.