Director dividends – how to ensure they are legal 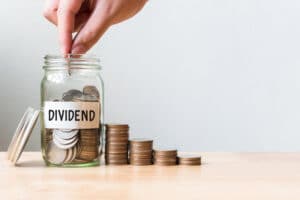 It is important to be aware that there is a strict legal framework governing the payment of dividends. This framework applies whatever the size of company. If the correct process is not followed then the dividend will be unlawful and there can be potentially serious consequences.

One of the benefits of running a limited company is that Directors can take the majority of their remuneration as dividends, which is typically a more tax efficient method than taking a PAYE salary.

The timing of dividend payments must be carefully considered however, as it can expose directors to risk of personal liability if they’re subsequently found to be unlawful.

We take a look at the requirements for paying a lawful declaration of dividend by a private company.

What is a dividend?

A dividend is a way for a company to return cash to its shareholders. Dividends are a useful (and potentially tax efficient way) of providing additional income to an owner/manager. They can also be used to reward investors or to move money between company groups.

The most common types of dividends are:

There are a number of legal requirements that must be met before paying a dividend.

1. The company must have sufficient distributable profits

Have you made a profit in your company which you are able to take out as a dividend?  If there are insufficient funds to support the payment it will be counted as “ultra vires” -ie not legal. The Companies Act 2006 requires dividends to be paid out of “profits available for the purpose”. These are the company’s accumulated realised profits less its accumulated realised losses.

If the available profits are not sufficient to cover the proposed dividend, then that dividend must not be declared or paid.

2. Dividends must be justified by reference to accounts

The directors need to have a set of accounts that show there are sufficient distributable profits. Dividends must be justified with reference to your prepared accounts to see what profit you have made and therefore whether you have sufficient funds to take as a dividend.

The accounts could be: your company’s last annual accounts; interim accounts or, if the dividend is being declared in the company’s first accounting period, “initial accounts”.  They should however be recent accounts from which you can make an informed decision as to the company’s current financial position.

The accounts must be either:

3. The directors must consider the company’s current and prospective financial position

The accounts are only one part of the picture – because they will have been made up to a date before the directors make their decision on whether to pay a dividend.

Do you have enough cash available to make a dividend payment and when exactly will you pay it? Directors must be satisfied that, even if there remain sufficient distributable profits to pay the dividend, the company still has cash available to be able to meet its ongoing debts and liabilities.

The company must also have the cash to pay the dividend. The cash position is relevant to the issues mentioned in this paragraph.

4. Check the company’s articles of association

For example, it may be that dividends can only be paid on fully paid shares. Or the payment of dividends may be restricted to a certain class of share. Usually, shareholders are entitled to receive dividends in proportion to the number of shares that they hold – but the articles should be checked. The articles may also specify a particular way in which dividends have to be authorised.

When the directors are deciding whether to declare a dividend they must have regard to their duties. These include duties to:

These duties involve safeguarding the company’s assets (see point 3 above).

A dividend voucher with your company’s name, date, total amount payable, and details of the shareholders who will receive it, should also be issued to recipients.

7. Document the decision to declare

Directors should ensure that they prepare board minutes recording the process of declaring a dividend. This should include reference to the financial information relied on and the directors’ duties that have been considered.

The minutes of the meeting as well as a record of the vote need to be kept. These can be provided to HMRC if there is any question in the future about the legality of the distribution of dividends. You also need to record the dividend as a liability.

Once all these points of process have been followed, the dividend can then be paid! Don’t forget that you can’t retrospectively go through these processes once a dividend has already been issued.

Consequences of declaring an unlawful dividend

If the correct process is not followed then the dividend will be unlawful and there can be potentially serious consequences if an unlawful dividend has been issued and the company enters insolvency, whether or not their payment caused the company’s financial decline.including:

Previous Post
What happens to my CBILS loan during liquidation or administration?
Next Post
UK extends ban on evicting commercial tenants