Can HMRC Chase a Dissolved Company? 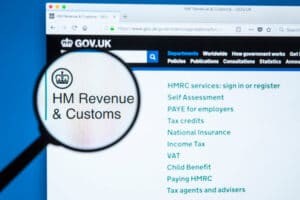 Can you dissolve a company with outstanding debts owing to HMRC, and if you do, will HMRC pursue the closed company for repayment of its tax liabilities?

We take a look at the potential outcomes of dissolving a company with tax debts and explain the action HMRC could choose to take against you.

Can you Dissolve a Company with Tax Debts?

If you have a company with outstanding tax debts that you cannot afford to repay, you can ask HMRC for more Time to Pay or explore the range of formal insolvency procedures that are available to you. That ranges from a company voluntary arrangement, which allows you to spread your debt repayments over a period of up to five years while continuing to trade, through to a creditors’ voluntary liquidation (CVL).

If your business has tax liabilities or debts owing to suppliers and other creditors that you feel are insurmountable, a creditor’s voluntary liquidation would usually be the most suitable way to close it down. A licensed insolvency practitioner will be appointed to sell the company’s assets, repay its creditors and bring an end to the business. Any unsecured debts that cannot be repaid will be written off. That includes tax liabilities owing to HMRC.

Another route some company directors attempt to take is to dissolve their insolvent company. The dissolution process costs just £10 as opposed to the typical £4,000 fee for a CVL, which can make it tempting when directors are concerned about how they pay the costs associated with liquidation.

However, dissolving an insolvent limited company is a risky approach to take, as it does not adequately deal with the company’s outstanding debts. Even if the company is successfully dissolved, creditors, including HMRC, will still be able to pursue the company through the courts to recover the money they are owed and that could have negative consequences for you as a company director

12th May 2021 New legislation to target company directors who dissolve their businesses and leave staff or taxpayers out of pocket. The Insolvency Service will be given powers to investigate directors of companies that have been dissolved.

Extension of the power to investigate also includes the relevant sanctions such as disqualification from acting as a company director for up to 15 years, as well as being made personally liable for the debts. These powers will be exercised by the Insolvency Service on behalf of the Business Secretary.

What Happens to Debts when a Company is Dissolved?

If your company has debts that it either cannot afford to or perhaps would prefer not to pay, you might consider getting it ‘struck off’ or ‘dissolved’ to close the company down.

Settling debts owed to creditors such as HMRC and suppliers must be factored into the overall cost of dissolution if that is the route you want to take. You must also repay any money you owe to the company in the form of directors’ loans. If you do try to dissolve a company with outstanding debts, it’s highly likely that your creditors will take action that could bring serious consequences for you personally.

Can HMRC Pursue a Dissolved Company?

HMRC can indeed pursue a dissolved company, particularly if they feel they have tried to evade responsibility.

These investigations may happen up to 20 years after the fact.

That will also bring serious questions regarding director conduct in the form of a formal investigation by the Insolvency Service. If the investigation finds any acts of wrongful trading, fraudulent trading or misfeasance during your time in office, you could find yourself on the receiving end of one or more severe penalties.

What’s Involved in a Tax Investigation for a Dissolved Company?

HMRC tax investigations are often very stressful – even if you have done nothing wrong. An HMRC enquiry into a dissolved company will meticulously probe into every aspect of your company’s economic affairs, making it costly and time consuming for anyone under investigation…

Accountancy fees to get your paperwork in order can be around £5,000, and it usually takes around 16 months to complete an investigation. How Far Back Can HMRC Go in a Tax Investigation for a Dissolved Company?
An HMRC enquiry into a limited company can be launched after it has been dissolved, but there are specific time limits.

If your accounts and personal tax computations were filed within the correct time limits, HMRC has up to six years from the end of the tax year concerned to issue a ‘discovery assessment’ in cases of carelessness. If there is an allegation of fraud or negligence (ie dishonesty), however, an investigation can be launched up to 20 years after closing your company.

Proving carelessness vs dishonesty is best handled by a tax lawyer – as it may protect you from investigations into long-closed company. For this reason, it’s important to maintain both your corporate and personal / self assessment tax records for a minimum of six years after your company has been closed.

Can HMRC Demand Tax from a Dissolved Company?

Usually, directors of limited companies are not personally liable for unpaid taxes of dissolved companies. However, where evidence shows that a failure to make payments was deliberate or the result of neglect or fraud, HMRC can demand tax arrears from the individual directors. This includes VAT, National Insurance, PAYE and corporation tax.

For example, if a business continues to make payments to connected creditors such as family or friends, but does not pay the tax owed to HMRC, the directors could have to pay HMRC from their personal funds. Or, if a company director keeps paying themselves dividends while failing to make tax payments, they could be made personally liable for their company’s debts.

Any interest and penalties are back-dated to the date of striking off.

What Happens if a Dissolved Company Owes Corporation Tax?

If a business is struggling financially, it will not usually be making a profit and no corporation tax will have to be paid. However, there are cases where struggling businesses do build up corporation tax debts – and HMRC will try to recover these debts through enforcement action. In cases such as those mentioned above, the director(s) will be held personally liable for HMRC debts, including interest and penalties.

If a company with outstanding debts is closed down via a creditors’ voluntary liquidation or an administrative dissolution, the business has been run properly and there are no personal guarantees, you will not be held personally liable for company debts. Any debts that have not been repaid from the sale of company assets will be written off and the creditors will not be able to pursue you personally.

However, if you do not shut down the business properly, continue to trade when the business is insolvent or fail in your duties as a director, you could lose the protection of limited liability. A liquidator could then take action against you personally to contribute to the debts of the company.

How we can help

If you are looking to close your company and are worried about being liable for your company’s debts and wondering how do I liquidate my ltd company, we can help guide you on the best way forward and let you know what you could be liable for. With two licensed insolvency practitioners, we have all the expertise and experience to help guide you through what can be a tricky situation.

Previous Post
What is a DS01 form for company dissolution?
Next Post
Can I Liquidate a Company with a Bounce Back Loan?