What is compulsory liquidation? 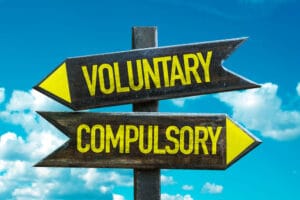 A compulsory liquidation as the name suggests involves a company or limited liability partnership (LLP) that is unable to pay its debts and is in the process of being forced into liquidation (wound up) by the court.

Compulsory liquidation (Wound Up Compulsory) is a formal insolvency procedure which results in a company being forcibly shutdown. The compulsory liquidation process is typically initiated by disgruntled or otherwise outstanding creditors of a limited company through a court order known as a Winding Up Petition (WUP).

A WUP notifies a company that a petition has been lodged to bring about the closure of the business and the liquidation of its assets.

This is usually initiated by creditors. Commonly called ‘winding up’, it is usually the last resort of a frustrated creditor to get paid, either by forcing the directors to act or gaining access to the company’s assets

Why Would a Company be Forcibly Liquidated?

Winding up petitions can be lodged by any creditor, director, a non-administrative receiver, or an assignee of a debt.

Grounds for winding up a limited company include:

These final demand letters mean the case will be heard in the High Court, at what is known as a ‘winding up hearing in the high court.’

At these, a judge will decide whether the debt is credible.

Their system of escalation is extremely effective, beginning with threatening letters and ending with a petition to wind up your company, effectively forcing your into liquidation if you can’t pay your debt.

HMRC are not merely interesting in recouping their money, they have shown that the use of a WUP against companies is to show the public that their laws are enforceable and hold directors to account. This means they sometimes make examples of people via winding up companies for reasons beyond economic sense.

What is the process of compulsory liquidation?

How does a company go into compulsory liquidation?

It’s important to note that as a result of COVID-19 additional processes are required so that even if the petition meets the COVID criteria set under the Corporate Insolvency and Governance Act 2020 a pre-advertisement hearing will be scheduled to ensure advertisement should be permitted.

A creditor may already have issued proceedings and obtained a judgment which remains unpaid. They may also have served a statutory demand upon the company, giving the company 21 days in which to pay the debt. If that demand is ignored winding up proceedings can begin, which can result in compulsory liquidation.

Some creditors may feel that they have enough grounds to present a winding up petition if their debt has been acknowledged as due but simply remains unpaid. However, it is extremely risky to issue where a debt is disputed. If there is a dispute “on substantial grounds” the petition will be dismissed, and the petitioner may have to pay substantial costs.

Many creditors may not actually want to put the company into liquidation but will simply use the process as a way of forcing a company to pay its debts. However, this is a gamble. Winding up is a collective procedure and without knowing the company’s other creditors a liquidation may produce no dividend to unsecured creditors, especially post-1 December 2020 when the Crown’s preferential creditor status returns.

Creditors Voluntary Liquidation, as the process is correctly known, puts an immediate stop to creditor demands, while demonstrating that directors are acting responsibly and taking action. HMRC are by far the largest issuer of winding up petitions in the UK, and hence the primary reason many companies end up in liquidation. Many of these could have been avoided has directors taken earlier action.

What is a Compulsory Winding up Order?

After seven days, the winding up petition is heard by the court. During the court hearing the judge will weigh up whether the creditor has valid grounds and, if he concludes in their favour, will rule that the petition become a Winding up Order.

A winding up order is a legal mandate forcing a limited company into liquidation. Once a Winding up Order has come into effect, the directors powers cease, the business assets will be liquidated and the company will cease to exist as a legal entity, after being struck off the register at Companies House.

A winding up order is essentially the catalyst for the liquidation process to begin.

What should a company do if it receives a winding up petition?

A winding up petition should be taken very seriously by a company. One of the main reasons for this is that the petition will be advertised in The Gazette where it will be seen by banks, financial institutions and other lenders, all of whom are likely to close down the company’s bank account as soon as they become aware of a pending petition.

This is disastrous for a struggling company as it may find itself unable to access funds which it was relying on to pay staff and priority creditors. In such cases the company may have no option other than to accept the winding up order and accept that it will go into compulsory liquidation.

The alternative is for the company to try to pay off the creditor who has presented the winding up petition using third party funds in the hope that the petition can be withdrawn at the court hearing. However, this is not guaranteed as the company may have other creditors who become aware of the petition and may support the existing petition and be substituted in taking carriage of the petition. The original petitioner can only withdraw the original petition pre-advertisement and if it can verify there are no supporting creditors.

So far as the creditors are concerned, it is essential that any payment comes to them from third party funds, as if the company subsequently goes into liquidation any payments made to them by the company may be clawed back by the liquidator. This is because they may be seen as a void payment (if the petition is taken over by another creditor) or possibly as amounting to a preference, which is when the company chooses to pay one creditor rather than others – creditors are generally considered equal and the order of who gets paid first when a company goes into liquidation is something which is legally set out in the Insolvency Act 1986.

Appointing the Official Receiver and their role

After the court issues the winding-up order, an Official Receiver is appointed as liquidator. At this point, the directors powers cease to allow the liquidator control of the company. They will immediately begin the process of valuing, marketing and selling the company assets. The primary objective of the Official Receiver, a civil servant and officer of the court, is to repay as much as possible to the creditors. Their main function is to investigate the directors’ conduct and take disqualification action against them where appropriate.

As the official receiver is not a licensed insolvency practitioner, they are generally unable to deal with complex asset realisations. They will generally therefore appoint another insolvency practitioner from the rota, or special manager as they have done in the cases of Carillion and British Steel, to assist with the process. This can create a pseudo administration process, allowing companies to trade whilst in liquidation to find a buyer. This is rarely done and only when it is in the public interest to do so. Creditors can also nominate an insolvency practitioner if they feel particular investigations need to be carried out. If appointed, they will replace the official receiver as liquidator.

Cooperating with the official receiver

During this time there are strict rules which govern what directors can and can’t do. For example, as well as cooperating with the official receiver, they are also forbidden from using company assets for their benefit or to pay creditors. Do so and they risk being accused of wrongful trading.

To gather the necessary information, the official receiver will send the directors a questionnaire to complete and ask them to attend an interview. Failure to cooperate and they could be prosecuted, be disqualified as a director and may have to answer questions in court. At the interview the directors must:

What does the Compulsory Liquidation process mean for a director?

In general, with the compulsory liquidation of a company, the directors powers cease. They are dismissed, and the Official Receiver takes over the overseeing of the company, recouping money for the creditors. However, as a director, you will be required to assist the liquidator in providing a statement of the company’s assets.

All of your powers as a director will cease upon compulsory liquidation. You will not be able to manage the day-to-day responsibilities of the business and you must attend on the liquidator as and when reasonably required to do so. If as a director you have a contract of employment with the company, this is automatically terminated and like the rest of your employees, you would claim any employment entitlements from the Redundancy Payments Service.

The liquidator will look at the conduct of the directors over the years leading up to the presentation of the winding up petition and if the liquidator believes that the directors have acted in a way which benefits them but which disadvantaged creditors, or the company generally, then they may find that their conduct is reviewed and that claims may be made against them for breach of their duties and claims, such as:

This may include the directors having to return to the company cars which have been paid for by the company and other assets of value which can be sold for the benefit of the creditors generally.

How much does compulsory liquidation cost?

Compulsory liquidation is an expensive process:

The expense of a winding up petition means that most creditors will not consider it unless the debt owed is for a significant sum on money. However, that is a decision which needs to be made by creditors and their advisers on a case by case basis.

Can the process be stopped?

Yes a compulsory liquidation can be stopped, reverse and avoid this process! However, to do so, you must ensure you act fast once a winding up petition has been served.

Following the winding up petition you can choose from the following options:

If you act too late and the winding up petition is heard by the Court and issued, then there is no more that can be done. Give us a call today so we can talk about your options.