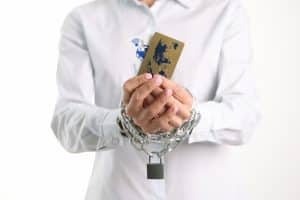 A frozen bank account is as serious as it gets for any company. The company could still be viable, but without a bank account it will be very difficult to trade.

As the bank will not realise any funds within the frozen account meaning that you will be unable to access the money you need to pay suppliers and employees.

The only short term option open to you is to use your personal finances to make essential payments.

Time is of the essence so you’ll need to move fast, and take professional advice.

Bank accounts can be frozen for a number of reasons, as follows:

Frozen Company Bank Account due to Winding up Petition

Creditor’s have a number of tools at their disposal, if they are unable to recover a debt, and the debt is worth more than £750, one way is to issue a winding up petition against your company.

When the winding up petition is published as a notice in the Gazette, the banks will immediately freeze your accounts.

If the business is unable to repay the debts, it should have already ceased trading. By continuing to trade with no reasonable prospect of paying creditors could leave you open to accusations of wrongful trading. If you are convicted of wrongful trading you could be made personally liable for a proportion of the company’s debts as a result.

There are a number of swift decisions that need to be made and expert advice need to prevail.

Can Banks or Creditors legally Freeze a Company Bank Account?

Creditors can legally petition the court for a ‘freezing injunction‘ or freezing order, which is a court order preventing someone from disposing of assets.

In the case of a Winding up Petition, the bank will freeze bank accounts to minimise their own risk. Should the bank not freeze the account they could become liable for the debt themselves if they don’t act promptly.

It might be the case that you could pay the creditor if given more time, but in many cases this is additional time a creditor is not willing to give. But, if you believe the company is still viable, you do have some options:

Apply for a Validation Order

A validation order is a way to ask the court to unfreeze the bank account. To apply for a validation order you will need to complete Form 7.1A and write a witness statement that you must take to court with you.

You will also need to tell the creditor who issued the winding up petition that you’re applying for an order, and let them know what court you’re applying to. An insolvency practitioner can help you prepare this documentation.

To accept the order, the court will need to be satisfied that the company is solvent and able to pay its debts. Alternatively, the court may consider a validation order from an insolvent company if it will be beneficial to the company’s creditors.

If accepted by the court, the order will allow certain transactions to pass through your company’s bank account. This could include a transaction to sell a key asset to free up the money the company needs.

Negotiating a company voluntary arrangement (CVA) with your creditors could represent a better option than a validation order. However, the fact that your company bank account has been frozen in the first place is likely to be a sign that your relationship with your creditors has broken down. That could make the negotiations process extremely difficult.

If an insolvency practitioner believes your company is viable, they can propose a CVA to your creditors.

This will need to be accepted by 75 percent of the creditors. If agreed, all legal action against your business will be ceased, the company account will be unfrozen and you will be able to continue to trade.

To maintain the CVA, you will have to make a single monthly payment for a period of up to five years. Failure to do so will lead to the reinstatement of the legal action.

Place the Company into Voluntary Liquidation

Ultimately, you might decide that enough is enough, the company is no longer viable and you do not want to leave yourself open to allegations of improper conduct as a company director. In this case, the best option would be to enter into voluntary liquidation.

The company will be closed and its assets will be sold for the benefit of the company’s creditors. Any money remaining from the liquidation will go to the shareholders.

This option also reduces the likelihood of serious allegations being made against you, thereby protecting your personal assets and allowing you to act a company director in the future.

There is still one last hurdle with this option and you have to get the petitioning credits to agree and stand down.

How Can we Help?

With your company bank account frozen, even just for a short time, your company can be suffering from serious problems trading forward. Regardless of the position, it is important to take advice as soon as possible to protect yourself from personal liability. This can be done quickly and confidentially by contacting one of our business rescue experts.

Previous Post
Independent retailer insolvency cases to pile up this year?
Next Post
What to do when your business is in trouble