What is a Validation Order and How can You Apply? 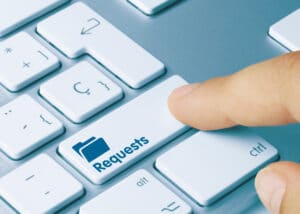 Validation orders are a court order which allows a company to continue trading by freeing up company accounts so that employees, key suppliers, HMRC and other creditors can be paid.

The court is cautious about making validation orders so it will need to see credible evidence that the order would benefit all the company’s creditors.

As such, transactions that would reduce the level of assets available to creditors will not be validated.

What is Validation order?

A validation order is an order of the court that authorises and ‘validates’ transactions going through a business’ bank account, regardless of the fact that a winding up petition is ongoing.

The order essentially ‘unfreezes’ the account and allows certain, or in some cases, all transactions to go through. A company with a winding up petition made against it can apply for a validation order, but there may be circumstances in which other parties can also apply – if another entity has an interest in one of the transactions, for example.

What are the benefits of validation orders?

Validation orders hold a number of potential benefits to the business itself, its creditors, and other parties with a vested interest. Depending on individual cases, they may allow:

The Decision to Unfreeze the Bank Accounts

If the courts make the validation order, you’ll receive a copy or the order. You need to present this to the bank to enable the bank account to be unfrozen. If the courts do not grant the order, it may be that you can appeal the decision. This is a difficult position as the court hearing for the winding up petition is likely to be quite soon and time is of the essence.

Applying for a Validation Order after a Winding up Petition

If you are reading this article, the chances are you have not only received a winding up petition but, as a consequence of that process, your bank account has been automatically frozen. In this case, your only real options are to pay the creditors out of your own pockets or apply for a validation order. This article will explain more about validation orders and the process for obtaining one.

An application can be heard by the court but the Judge will need extensive evidence as to why the Court should grant the order. The evidence and information the Court will require is generally but not limited to the following;

Where do you apply for a validation order?

1. Where it is urgent and no registrar or district judge is available to hear it;

2. Where it is complex or raises new or controversial points of law; or

3. The hearing is expected to last longer than 30 minutes

How is a validation order application served?

The application and evidence will need to be filed at court and served on the respondent as soon as practicable after it is filed and, in any event, unless it is necessary to apply ex-parte or on short notice, at least 14 days before the date fixed for the hearing.

Applications for validation orders should be served on:

The court does have power in cases of urgency to hear an application immediately with or without notice to the other parties.

What are the effects of a validation order?

A validation order allows a company to continue to trade or dispose of a specific asset – such as a property – if it has been determined by the court that these transactions will benefit all creditors.

The particular effects of each validation order depend on its terms, which vary. For example, while some validation orders are general, validating transactions at large until the winding-up petition is resolved, others:

Who pays the costs of a validation order?

This means that if the winding-up petition is dismissed and no winding-up order is made, the petitioning creditor must pay the costs of the validation order application. However, the court may order that the applicant is liable for the cost of the application – this is particularly likely if the application is unsuccessful.

Previous Post
Company Secretary can they be Held Personally Liable for Debts?
Next Post
How to Contribute to a Joint Winding Up Petition