Company Secretary can they be Held Personally Liable for Debts? 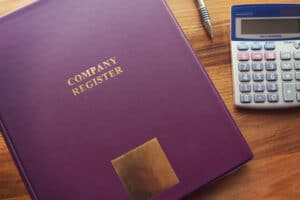 A Company secretary role in any business is they fulfill an important role of keeping on top of administrative duties, and ensuring that any decisions made by the board of directors are accurately carried out.

As they are an officer of the company, the company secretary actually shares many legal duties with directors, Should a directors be disqualified, then the ban will prevent them for carrying out this role

What is a company secretary?

Broadly, a company secretary is the head of the administrative division of a company, given duties and responsibilities along with the business’ directors under the Companies Act. They have a duty to file annual returns and other documents to Companies House, normally on an annual basis, as well as taking responsibility for convening board meetings and other internal administrative matters.

Because of the heavily administrative nature of the role, it goes without saying that the person you pick as a company secretary should be organised, motivated and have a good understanding of the internal workings of your company, as well as its legal duties. A secretary doesn’t need to have formal qualifications, however.

There is no formal training required of a company secretary. They will, however, be responsible for a lot of administrative work. It is recommended that the ideal person in the role is naturally organised, efficient, and has some understanding of the business structure and finances.

What does a company secretary do?

A company secretary will take care of a number of administrative tasks, including:

Who can and cannot be a company secretary?

The secretary of a private limited company can be an individual person, including a director or shareholder. This role can also be held by another company or organisation, the firm’s accountant or solicitor, a professional chartered secretary, or a company that provides administrative services.

A secretary may not be the company auditor, any employee of the auditor, or any person who is an undischarged bankrupt or disqualified director.

Can a director also be the company secretary?

Yes. There are no statutory restrictions that prevent a director from also holding the position of company secretary. However, because a secretary is usually appointed to reduce the workload of directors, there is not a great deal to be gained in practice from a director also being the secretary, especially if the company has only one director.

Furthermore, certain documents that require the signatures of two people cannot be signed by a sole director and a secretary if these roles are held by the same person.

Can a shareholder also be the company secretary?

Yes, a shareholder can also be the secretary of a company, provided they are at least 16 years old, are not the company auditor or employee of the auditor, and have not been declared bankrupt or disqualified as a company director.

What are they liable for?

A company secretary may be held personally liable should the rules laid out in the Companies Act not be adhered to. Just as directors themselves might be held financially responsible for negligence, so too does the Companies Act make clear, in almost 100 of its sections, the offences which any company officer could commit.

These might include serious criminal offences such as fraudulent trading, as well as more benign situations such as administrative oversights. Most of these offences apply to every office ‘in default’ which means anyone who “authorises or permits, participates in, or fails to take all reasonable steps to prevent” a wrongful act being carried out.

Where HMRC finds evidence of either negligent or fraudulent behaviour it has various mechanisms in place, such as a Personal Liability Notice. These are sent to make officers personally responsible for debts owed HM and Revenue.According to the Companies Act, chartered secretaries of large public companies can face prosecution if they are neglectful or willingly act in violation of the law.

Company secretaries in smaller companies are unlikely to face the same severity of consequences, given that these roles are often loosely defined. If you are considering becoming a company secretary, you should be aware of the pressure that can sometimes accompany the role, along with the risk of joint liability in the event that there are breaches of the Companies Act 2006; for example, failing to file a confirmation statement can result in large penalties and possible criminal charges.

Previous Post
Formal vs Informal Insolvency for your business?
Next Post
What is a Validation Order and How can You Apply?