What restrictions are there during bankruptcy? 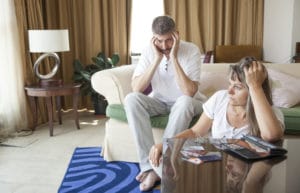 Once a debtor has entered bankruptcy, he or she has certain restrictions placed on their actions and conduct. Going bankrupt is one option for clearing your debts and making a fresh start, but it can have serious consequences.

What are the restrictions when someone goes bankrupt in the UK?

Upon the making of a bankruptcy order, for a period of twelve months thereafter the person declared bankrupt (the debtor) has certain obligations to his or her trustee in bankruptcy and certain restrictions placed on his or her actions and conduct.

These restrictions are summarised below. The debtor cannot:

How much it costs to apply for bankruptcy

If you apply for your own bankruptcy, you’ll need to pay £680 to cover:

You can pay in installments, but you’ll need to pay the whole amount before you submit your bankruptcy application.

You can apply to go bankrupt and pay the fees on GOV.UK.

If creditors apply to make you bankrupt

If one or more of your creditors applies to make you bankrupt, you won’t have to pay the bankruptcy application fees.

What will happen to my assets if I’m declared bankrupt?

As part of your bankruptcy order, all of your non-essential assets will be sold in order to come up with as much money as possible to pay off your existing debts. Assets considered essential that you may be allowed to keep include anything you need for work, like tools or a vehicle, and any basic household necessities like bedding and clothing.

You should note though that your house, or at least a portion of its value, may be included in the assets sold if doing so is one of the only ways to raise the money necessary to pay off your debts. This will involve giving up you beneficial interest (that is, the portion of the property you own after secured loans like mortgages have been paid off) in the property.

You may also be required to remortgage your property if doing so will release any equity that you can put towards repayments.

How long do bankruptcy restrictions last?

Offences giving rise to a BRO or BRU include:

The official receiver must apply to court for a BRO before your discharge, unless they have permission from the court to apply later. They will write to tell you if they plan to apply for a BRO and why, unless less than 6 weeks remain to your discharge.

If a debtor willingly accepts the OR’s findings or wishes to avoid the time and costs of attending court by reaching an agreement with the OR, he or she may provide the OR with a BRU. Typically, this will increase the bankruptcy restriction period from twelve months to three to four years.

If no BRU is provided, the OR can make an application to Court for a BRO to extend the bankruptcy restriction period to between two and fifteen years. This effectively brings the bankruptcy restrictions regime in line with company directors disqualification guidelines in that a company director found guilty of an Insolvency Act or Companies Act offence can be disqualified from being a director for two to fifteen years

What happens if you break bankruptcy restrictions?

If your official receiver suspects or finds you breaking these restrictions, they’ll investigate and may need to interview you, or get more information. If you don’t cooperate, they can also ask the court to suspend your discharge from bankruptcy.

Breaking these restrictions can be a criminal offence, and could lead to a fine or imprisonment in extreme cases. You could also get a bankruptcy restriction undertaking or order, which makes the restrictions last longer.

How much does it cost to go Bankrupt in the UK?

How long does Bankruptcy last in the UK

Provided you co-operate with the official receiver and trustee, you'll be discharged from bankruptcy after a year.

Do I have to attend an interview with the official receiver

You'll be given an appointment for an interview with the official receiver, which must take place within ten working days of your bankruptcy order being made. The interview will usually take place over the telephone. During the interview, the official receiver will: check the information in your questionnaire, if you were asked to complete one. ask for any other information about your property and debts that is needed, along with questions about the situation that led to your bankruptcy deal with any queries you may have about how the bankruptcy will work or your own particular case. The interview may last anywhere from half an hour to three hours, depending on how simple or complicated your case is.

Do I have to have a Public Examination

The official receiver can require you to appear at a public examination, if at least half your creditors ask for this. At the examination you have to declare an oath in open court on the details of your financial situation. If you don't attend you may be arrested and could be fined or, in very limited circumstances, sent to prison.

What happens if I don't co-operate with the official receiver

You must co-operate fully with the official receiver, as well as the bankruptcy trustee, if this is a different person. If you don't, they can apply to the court for any or all of the following: an order for you to attend a public examination an arrest warrant if you've failed to attend a public examination. an order to have your mail redirected to the trustee for you to become subject to a bankruptcy restrictions order. an order for your discharge from bankruptcy to be suspended. You may also be prosecuted for failing to co-operate, or for offences you committed before the bankruptcy.

Previous Post
How will sports teams and leagues survive the coronavirus lockdown?
Next Post
Business Bankruptcy – do you need Insolvency help?