How to Avoid Company Directors Negligence 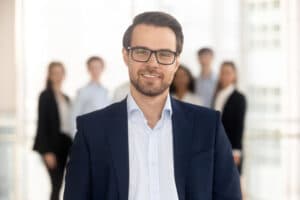 Directors can have a number of different potential legal liabilities arising from their position as agent of the company, trustee of its assets, employee or professional adviser.

Should Directors be Concerned about Personal Liability?

The concept of directors’ liability is nothing new. But as more pressure is being put on management to protect its organisation against the risks presented by ever developing challenges including cybercrime and GDPR, in addition to regulators and legislators calling for greater board accountability, the personal exposure of directors has rightly become more of a concern in the boardroom

It is a fundamental principle of English law that a limited company is a distinct legal entity from its directors and shareholders. In theory, this means that despite being responsible for making the day-to-day decisions and running the company, directors would not usually be liable for any obligations, debts and legal action.

However, there are circumstances in which a director can be held personally liable. In fact, under the Companies Act 2006 alone there are over 200 offences for which a director in the UK may be held personally liable. In addition to other legislation, offences include those relating to bribery, GDPR and data protection, health and safety, discrimination, financial reporting requirements and general mismanagement.

The Companies Act 2006 states that “a director must exercise reasonable care, skill and diligence” when running a company. They must also comply with the following general duties:

There are other duties that are owed to the company under the Act, such as keeping proper books and records, restrictions and conditions on entering into certain transactions with the company as well as gaining shareholder approval for loans over £10,000 from the company, for instance. Breach of these duties can result in directors being disqualified and incurring personal liability.

Claims by the company

The company itself can bring a claim against the erring director if it can show that it has suffered some loss. If the director has made some personal profit, they can be required to surrender the gain to the company.

A contract or other arrangement entered into by the director in breach of a duty will be void, though it may be open to the company to ratify the agreement if it wishes to do so.

The company may also seek:

Claims by a company are often retrospective, brought by members of the existing board against their predecessors. (It is, after all, unlikely that a board will choose to sue itself; turkeys don’t vote for Christmas.) In 2002, for example, the newly installed directors of Equitable Life voted to pursue the company’s former directors for the losses it had suffered as a result of problems with its guaranteed income policies. It was only after several years of crippling litigation, which pushed a number of the defendants towards bankruptcy, that the company agreed to withdraw its claims.

Errant directors can also face claims against them when a company is sold. The new owners may appoint new directors and, if things go wrong, they may cast around for past breaches of duty and the opportunity to hold the old directors to account.

Claims by shareholders against directors

The Companies Act 2006 (the “Act”) contains a statutory statement of directors’ duties, listing 7 general duties which were intended to codify the pre-existing law on directors’ duties. The Act also confers further power on shareholders to make claims against directors. Prior to the Act claims could only be brought where directors wrongfully conferred the benefit on themselves, whereas since the Act a shareholder may bring a claim on behalf of the company in relation to “an actual or proposed act or omission involving negligence, default, breach of duty or breach of trust by a director”.

Such a “derivative claim” may be brought against a director or another person. The Act requires that a claimant show a prima facie case before being given permission by the court to proceed with any claim. Again, the Act provides a non-exhaustive list of factors that the court must take into account when considering whether or not to grant permission to proceed – e.g. whether a shareholder is acting in good faith, whether continuing the claim accords with the need to promote the success of the company and whether the shareholders would be likely to authorise the act or omission complained of.

Misfeasance is a general term that covers wilfully incorrect or inappropriate actions as a director. It’s an accusation that might be made when a company is liquidated – part of the liquidator’s role is to carry out investigations into why the company failed.

They look into the actions of directors leading up to the liquidation for signs that they have knowingly worsened the position of creditors, or taken deliberate action that compromises their responsibilities as directors.

Claims by a liquidator or administrator

Once a company becomes insolvent, a liquidator or administrator will be under a duty to consider a claim against a director where a breach of duty is discovered. A claim will be treated as an asset of the company: it will be pursued and realised for the benefit of creditors.

Directors Duties in Insolvency and Liquidation

Some directors are guilty of willfully piling up debt with no hope of paying back creditors – by doing this they are risking an action for wrongful trading that can lead to disqualification and personal liability for the company’s debts. Some directors breach their duty to creditors by removing assets from premises or selling assets to another company at less than full price.

This is known as a transaction at an undervalue, and can be reversed by the liquidator. Because of these regulations it is imperative that you seek advice before embarking on such a transaction.

Should the company goes into a formal insolvency process they would be classed as a creditor and may receive some of the money back. But this is not guaranteed. Ultimately our advice though is not to fund a company personally without any sort of security for the debt.

Directors who are also trustees of their company’s occupational pension scheme or group life insurance scheme may face personal liability for any breaches of trust and breaches of certain regulatory requirements. In certain circumstances, directors may incur personal liability to pay money into (or provide other financial support for) a defined benefit pension scheme operated by their company or with which they are otherwise connected or associated.

The Government has said that legislation will be brought forward as soon as parliamentary time allows introducing a new criminal offence of “wilful or reckless behaviour” in relation to pensions.  The new law is designed to ensure that company directors who allow defined benefit scheme deficits to escalate to unsustainable levels, or who endanger their workers’ savings through chronic mismanagement, face legal action.

In terms of tax, the circumstances where the directors can be held personally liable for the tax liabilities of the company are relatively limited and largely confined to certain insolvency situations or where there has been an element of fraud/wilful default on the part of the relevant directors.

For example, in an insolvency situation, whilst it has no direct recovery powers, HMRC can (and more often than not will) require security for VAT in relation to any future businesses with which any of the directors of the insolvent company may become involved.

There are also some circumstances whereby HMRC can seek to recover outstanding PAYE debts and NICs from the directors. To be liable for outstanding PAYE debts a director must have ‘wilfully failed’ to deduct tax (meaning that the recovery power is most often applied in the case of small owner-managed companies or where the director has some personal influence or control over the company’s finances). NICs can be recovered if non-payment is attributable to the fraud or neglect of the director.

For more information about your duties as a director, and the consequences of breaching those duties, call our experts on the numbers above or simply complete the online enquiry form. One of our professional will offer advice on the next step.