What is misfeasance under the Companies Act, 2006 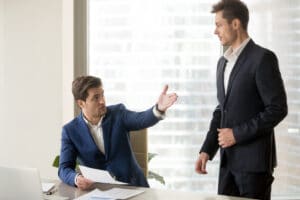 Under the Companies Act, 2006, directors can be held personally liable for losses caused to creditors where ’misfeasance’ has occurred.

If the company has to be liquidated, the office-holder will investigate directors’ actions leading up to the time of insolvency.

Although actions classed as ‘misfeasance’ are not illegal, you could be held personally liable for any losses incurred by the company or its creditors as a result, and suffer the severe penalties which can be applied by the courts

Misfeasance is where a director or ex-director misapplies, misappropriates, retains or becomes accountable for any money or other property of the company. This includes company officers such as the company secretary.

In the business world, the term “misfeasance” refers to illegal or unethical behavior by corporate executives. This can include everything from fraudulent accounting practices to embezzlement and insider trading.

Misfeasance often leads to financial losses for shareholders, as well as damage to the reputation of the company. In some cases, it can even lead to criminal charges.

As a result, it is important for companies to take measures to prevent misfeasance by their employees. This may include instituting internal controls and establishing clear policies regarding ethical conduct.

Lastly, companies should make sure that their executives are aware of the potential consequences of misfeasance and take steps to ensure that they act in the best interests of the company.

Examples of these include;

Preferential payments to creditors are deemed as ‘preference’. In simple terms, this is when one creditor has intentionally been paid before (in preference to) another. One example we have come across often is that directors tend to pay amounts which they have personally guaranteed with company funds, while leaving unsecured creditors unpaid.

The transfer of assets can also be seen as preference; this creditor is in a better financial position than another and this is therefore grounds for a misfeasance claim.

Directors are also vulnerable to a liquidation claim being made against them if they enter into, and are responsible for, transactions at an undervalue (section 238 of the Insolvency Act 1986) or if they preference a creditor to the detriment of other creditors (section 239 of the Insolvency Act 1986) in the period leading up to company insolvency. If the claim is successful, the court will set the transaction aside, making an order aimed at restoring the position as if the transaction had not taken place.

Undervalue transactions include any gift, agreement or arrangement where the company receives either no consideration or that which is significantly less than its value. An unfair preference is where a creditor is put in a better position than the other creditors, such as a repayment or part-repayment of debt or the granting of a charge within six months of the onset of insolvency.

Other ways of concealing company assets includes shipping them overseas. Intentionally placing assets out of reach of creditors in any way will be seen as misfeasance, because liquidators are bound to place creditor’s interests at the forefront of priorities.

Any actions taken which intentionally reduce any returns creditors will get from a liquidation won’t be seen favourably.

While there is nothing wrong with a company director taking a high salary or dividends when the company is in a profitable position, continuing to do so once the company has gone downhill or into insolvency will be classed as misfeasance. Any director should be living within the means of their company; again, unauthorised loans or dividends will not be looked upon sympathetically.

As the director of a company you are responsible for being aware of your company’s financial situation; at the first sign of financial decline, action should be taken as soon as possible to resolve the situation. This inherent director’s responsibility is the reason for the majority of misfeasance claims – creditors’ losses are seen as the fault of the director of the insolvent company.

Wrongful trading (section 214 of the Insolvency Act 1986) is aimed at holding directors accountable for not minimising the losses to creditors when the company was heading towards insolvency or was insolvent. It is broadly defined to cover any type of misconduct where a director failed to take ‘every step’ to minimise the potential loss to the company’s creditors, although they knew or ought to have concluded that there was a reasonable chance that the company would go into liquidation.

Fraudulent trading (section 213 of the Insolvency Act 1986) is taken very seriously and can result in a criminal prosecution (it’s an offence under section 993 of the Companies Act 2006). In terms of civil claims, fraudulent trading is where any person (not only directors) knowingly carried on the business of the company with the intent to defraud creditors. If the claim is successful, the court has the power to order a contribution, of an amount it deems appropriate, from the defendant to the company’s assets.

Who can bring a misfeasance claim?

A misfeasance claim can be brought by a liquidator (or administrator) or a creditor of the company and less commonly by a contributor to the company’s capital and the official receiver.

The Consequences for the Director of Breaching His/Her Duties

The Court may, on the application of the liquidator, explore the conduct of a director and may via a misfeasance claim compel the director to repay, restore or account to the company for any property or money (plus interest), or contribute such sum to the company’s assets by way of compensation in respect of the breach of duty as the Court thinks fit (section 212 Insolvency Act 1986).

If  the company is insolvent or financially distressed, an additional duty is imposed on the director to consider or act in the interests of creditors of the company (section 172(6)).

It is settled law that the director’s duty to promote the success of the company extends to taking into account the interests of creditors where the company is insolvent or nearly insolvent. See Yukong Line Ltd of Korea v Rendsburg Investment Corporation of Liberia (No2) [1998] 1WLR 294.  It is equally clear that particular duty is enforced and enforceable by the liquidator.

What are the possible remedies?

If, on examination of conduct by the court, a person is found to have been misfeasant or to have breached a fiduciary or other duty to the company, the court may order the director to repay, restore or account for any misappropriated money with interest or compensate the company by way of a contribution to the company’s assets. In practice, expert evidence may be required from an accountant to determine what loss was actually caused by a breach.

It is also important to note that the liquidator will also submit a report to the Secretary of State regarding any instances of misfeasance. This could lead to director disqualification proceedings which could result in a director being disqualified for 2-15 years

Accusations of wrongful or fraudulent trading

Administrators may now bring proceedings against company directors if they suspect fraudulent or unfit conduct has taken place in the time leading up to insolvency. Prior to the new legislation, only liquidators could begin proceedings for fraudulent or wrongful trading.

Administrators suspecting wrongdoing had to either transfer the case for liquidation, or bring an action of misfeasance against the director(s). Misfeasance means that a director has failed in their duty of care to creditors, and although their actions were not unlawful, they will have breached civil law and should have acted differently in office as company director.

The distinction between wrongful and fraudulent trading can best be made with a couple of examples:

Assignment of claims against directors

Cases for fraudulent and wrongful trading can now also be assigned to third parties. Unsecured creditors, either individually or as a group, are able to make claims against directors, where previously, only office holders could bring these types of case, and only in their own name.

As well as cases for wrongful and fraudulent trading, the ability to assign claims also applies to preference and transactions at undervalue. Showing preference to a particular creditor, or selling assets below their market value, are both likely to be investigated if the company becomes insolvent.

The issue for directors is that a new compensation mentality may be encouraged, which could signal the start of an entire industry in which claims firms’ sole aim is to make a profit (though claims are unlikely to be straightforward).

Liquidation claims against other parties

Although liquidation claims are most commonly brought against directors, shadow directors or de-facto directors, in some circumstances, liquidators or creditors may also seek civil recovery against third parties, such as spouses or associates. Please contact us for more information.

Previous Post
Am I Liable for My Spouse’s Business Debts?
Next Post
What to do if you can’t pay your commercial rent