Declaration of solvency in a Members’ Voluntary Liquidation 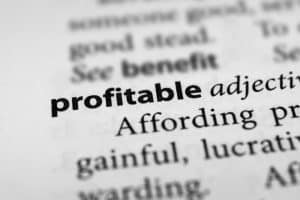 Declaration of Solvency when is it and how does it relate to a Members Voluntary Liquidation.

The important thing to remember is that this method of closure is designed for solvent companies only.

Due to this, directors are required to swear to their company is not insolvenct by signing a declaration of solvency.

This needs to be signed by a director as part of a formal solvent liquidation process.

What is Declaration of Solvency?

A declaration of solvency is where a company wishes to pass a resolution for a Members voluntary liquidation. The directors, or a majority of directors where needs to be greater than two, must make a statutory testimony of solvency.

There are three parts to the full statutory declaration:

This is required to give confirmation of the financial position no earlier than 5 weeks before the winding up resolution is to be made by the shareholders of the company under the Insolvency Act 1986.

Statement of assets and liabilities

The statement of assets and liabilities, sets out the company’s financial position ahead of entering a solvent liquidation. It gives details of the remaining assets in the company less any outstanding creditor balances are listed.

The statutory declaration also sets out the estimated costs of the solvent liquidation and any returns which will be due to creditors. This gives the stakeholders a better picture of their likely return once the capital distribution becomes available. 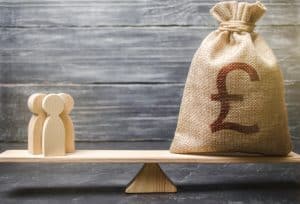 The statement of affairs, which is supported by a proclamation of truth, this must be testified before a solicitor, practice or notary. This adds additional implications if there are inaccuracies recorded within the document.

The procedure must be testimony by:

The solicitor will charge in the region of £10 per swear to sign the document. The wording of the declaration of solvency must comply with the insolvency legislation and declare as follows:

“We being all / majority of the directors of the company do solemnly and sincerely declare that we have made a full enquiry into the affairs of this company, and that, having done so, we have formed the opinion that this company will be able to pay its debts in full together with interest at the official rate within a period of 12 months, from the commencement of the winding up.”

Endorsement Of The Proposed Liquidator

The appointed liquidator for the MVL process will endorse the document once it has been presented to the stakeholders of the company. From there, resolutions can be passed for the company to enter liquidation.

Once it has been endorsed the declaration will be published and put on the official record of the Companies House if registered in England and Wales.

When the MVL process begins, the company assets will be realised in order to pay the remaining creditors. The balance will then be paid to shareholders via capital distribution.

I have signed a declaration of solvency but since find out my business is actually insolvent?

Falsely signing this type of legal solvency document, regardless if you knew or not, is a criminal offence and is punishable by a fine, disqualification from acting as a director in the future, or even imprisonment in the most serious cases.

You may have confidence that your commitment and obligations to HMRC have been met and that there are no outstanding trade creditors, your thoughts should be turning to consider whether there are any liabilities which could arise following your company being closed.

When considering the potential viability of an MVL for your company, you should firstly talk with a licensed insolvency practitioner with support from your accountant from the initial planning stages is highly advisable.

The will be able to implement a plan and talk you through the process from start to finish, they can also advise the most appropriate method for closing your company based on its financial position if not it should enter into a creditors voluntary liquidation.

Need more help – Get in touch?

If you are considering placing your company into members voluntary liquidation in order to claim the benefits of entrepreneurs relief, our MVL experts can take you through the steps and ensure you are in safe hands all the way.

Feel free to make contact on the above number or complete an online enquiry.