Declaring bankruptcy in England and Wales if you live abroad 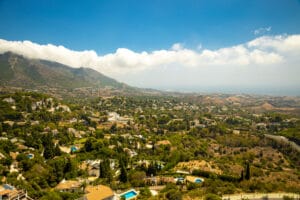 Can you declare bankruptcy in England or Wales if you live abroad?

An individual can make an application for a Bankruptcy Order to be made against themselves only on the ground that he is unable to pay his debts as they fall due. Applications can only be made online and the process is dealt with by an ‘adjudicator’, who is an officer of the Insolvency Service.

However, the adjudicator does have the power to make bankruptcy orders where the debtors COMI or residence is Denmark or outside the EU and where the debtor has been ‘domiciled’ or carried out business in England and Wales at any time in the 3 years preceding the application for a bankruptcy order. These powers were recently used to determine the case of Budniok v The Adjudicator, Insolvency Service (Re Budniok) [2017] EWHC 368 (Ch.).

‘Domicile’ is defined as the country in which a person is considered by law to have his permanent home. Note that a person cannot have more than 1 domicile.

In summary, a person can declare bankruptcy in England and Wales if they do not live in that jurisdiction but do live in Denmark or any other country which is not an EU member state provided they can show they had lived or traded in the jurisdiction at any time in the preceding 3 years.

How do you declare bankruptcy in England or Wales if you live abroad?

The procedure for declaring bankruptcy is the same wherever the debtor is now living. Provided the debtor meets the jurisdictional criteria, application is made online through the online portal on GOV.UK. There is no need for any personal attendance at court or elsewhere.

The application must contain a statement which:

A bankruptcy application costs £680 and applicants need to provide full disclosure of their personal and financial affairs including all debts, liabilities, income and assets in order to prove that they are unable to pay their debts. Details of all asset disposals within the preceding 5 years must also be provided.

The Insolvency Service adjudicator appointed to deal with the application will get in touch with the debtor by email and will make verification checks, including a search of the Electoral Roll, to determine the residence of the debtor.

What happens after a bankruptcy order has been made?

The Official Receiver will be appointed as the Trustee in Bankruptcy and will place a notice about the order in The Gazette. They will then apply to the Chief Land Registrar to register the Bankruptcy Order as a Receiving Order in the Register of Writs and Orders and will enter the details on to the Individual Insolvency Register.

There is no restriction on the movement of a bankrupt, who may move abroad after the order is made, although all assets vesting in the Trustee should remain in England and Wales.

Are foreign assets considered in a UK bankruptcy?

By section 283 of the Insolvency Act 1986, all of the assets and property in which the debtor has a beneficial interest at the date of the bankruptcy fall within the bankruptcy estate. There are certain items which are exempt, including the debtor’s tools of trade and items required to meet basic domestic needs.

All the debtor’s assets fall within the estate and vest in the Trustee regardless of their whereabouts.

Are foreign creditors considered in a UK bankruptcy?

All creditors of the debtor, including foreign creditors can make a claim in the bankruptcy. Issues may arise where foreign creditors would have different, and more beneficial, distribution and priority rights had the debtor been made bankrupt in the creditor’s jurisdiction and they may have the right to commence secondary insolvency proceedings in their own jurisdiction. To avoid this the Trustee in Bankruptcy may undertake to give those creditors the same rights they would have held in their own jurisdiction.

This is case specific and legal advice should be taken as to the options available to the creditor and the Trustee in Bankruptcy.

Julie Hunter is a Senior Associate Solicitor at Stephensons specialising in commercial and finance disputes.