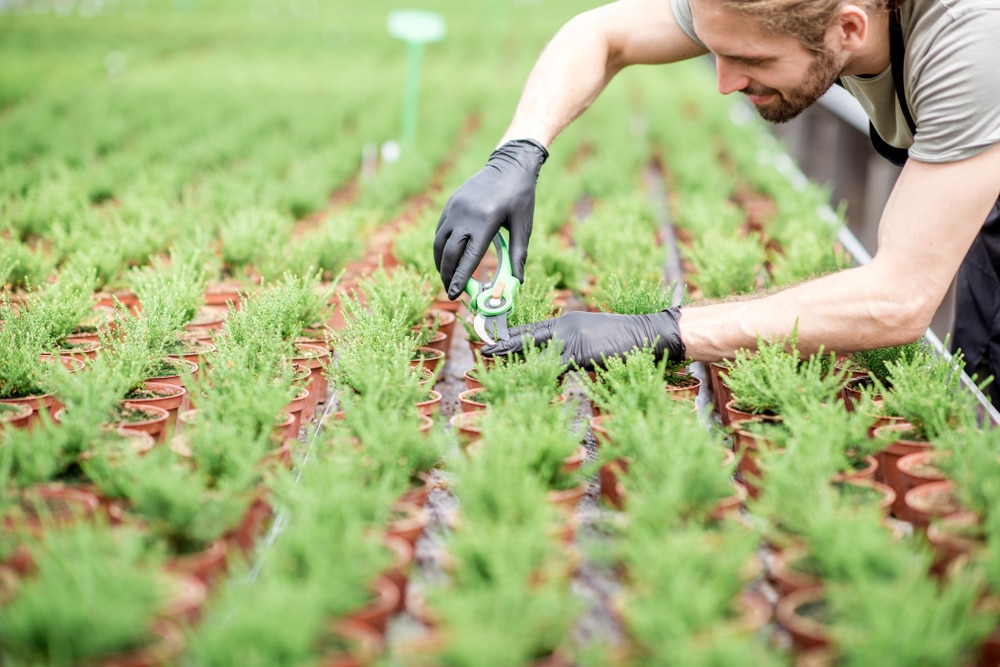 Plant growing firms are a huge part of the global economy, and one that relies on a wide, varied customer base to inject sales-lead funds into it year after year.

Though, this industry in particular is facing major complications thanks to the lockdown currently going on across the world.

A third of the plant growing firms in the UK face the risk of closures due to the knock-on effects of the coronavirus outbreak. With so many businesses having to, at least temporarily, close down, there has been no income or source of funding for businesses like these, making it almost impossible to remain active as a company.

Today the BBC have reported that, “Fewer than one in five growers has received help through the government’s business support measures, says the Horticultural Trades Association. They face binning millions of plants and shrubs for lack of buyers.”

And that, “With garden centres closed across the country because they are deemed “non-essential” shops, highly perishable plants cannot be offered for sale”.

The government business support measures that BBC speak of in the above quote were made out to be a saving grace upon their first announcement. It looked as if this would be the perfect way to save many business across Britain, though we all knew it would be impossible to help them all. Unfortunately, this has not turned out to be the case though, and the rolling out of business-saving funds has simply not been quick enough to make the differences many companies needed them to make.

It seems that the government-lead funding schemes aren’t as accessible as many of us first thought they may have been, and many businesses are still seeing their applications denied. According to the British Chambers of Commerce, only 2% of UK firms have successfully secured funding via CBILS, with many struggling with the eligibility criteria, and banks’ insistence on personal guarantees and interest rates.

Within the plant growing industry, not even a fifth of growers have received this government help on any level. This simply isn’t good enough in terms of support, and though we’re all aware of what a mammoth task the Priminister and his team are facing, more needs to be done to give this kind of business a lifeline during this extremely difficult period.

More than one problem

It isn’t only the lack of custom plant growers have to be worrying about during the lockdown period, it is also what to do with their current stock. Plant growers in the UK will spend around three-four months building up supplies, which they cannot now sell. All of this stock is also perishable, meaning they’re having to literally bin millions of garden plants.

Chairman of the HTA, James Barnes, told the BBC this when speaking with them a few weeks ago, “If they can’t sell it, it can’t get to the end user, it can’t get in the ground, then it has to be written off. They’ll have to be literally thrown away”.

The closure of garden centres across the UK has come at the wrong time for business owners within that industry, as the peak of their sales is between March and July. This timeframe is likely to be the exact length of the lockdown before any relaxes to it are implemented, which is simply terrible luck for the plant growing world.

This closure hits while their stock is at its highest value and while they are normally at their most financially extended, so it’s a shock and a problem that many obviously will not be able to cope with for much longer into the future without the help from others.

The statistics you need to know

Before the lockdown, garden centres and businesses of a similar fashion were finding themselves in a largely healthy position and will look to restore themselves back to a familiar point on the other side of the COVID-19 lockdown.

Did you know that over two-thirds of British adults visit a garden centre every year? The market is so wide that you’ll never find yourself struggling for clients, so giving your business a big financial push will help to certify success and take it to the next level. HTA also go on to state that, “The combined area of the UK’s domestic gardens is roughly the same as the whole of Somerset, and You can burn off 87 Mars bars a year by doing some light gardening for one hour per week (e.g. raking, weeding)”.

So, exactly how big is the UK garden market? Well, it’s much larger than you would likely think. Ornamental horticulture and landscaping in the UK made an estimated £24.2 billion contribution to national GDP in 2017. The garden market is also to thank for a huge amount of jobs in the UK. Around 568,700 jobs are supported by ornamental horticulture and landscaping, which is the equivalent to one in every sixty-two jobs around the country.

These stats come from the economic impact of ornamental horticulture in the UK report, 2018. The report covers a range of concepts relating to the UK garden market and it’s well worth reading if you’re the owner of a garden business or looking to push forward in that sphere.

In the retail sector the garden market is actually one of the rare success stories that are continuing to go strong, which is perhaps the most impressive thing it can lay claim to. Garden Centre Buyer states, “The January 2019 issue of HTA Market Update found that garden centre sales were up by 3% in 2018 compared to 2017. Houseplants were star performers, up by 15% year-on-year. Christmas categories saw strong growth in 2018 with December sales 9% up on 2017”.

This indicates that business is still booming for the UK garden market, which is currently valued at being worth over £5.7 billion. There are currently around 2300 garden centres and retail nurseries around the country.

Garden centres have become one of the first businesses to reopen to the public across the UK, thanks to the new guidelines laid out by Prime Minister Boris Johnson and the government. The reasons for this reopening have been multitude, but one strong argument for the return has been the open spaces often provided by this kind of business outlet.

Most garden centre businesses often have large, open spaces, simply because of the nature of what they are. This means that practising social distancing rules is much more effective and easier than that of a standard indoor shop, for example. Not only will this allow the public to go out and experience something different than they have been able to for quite a while now, it’ll also potentially save many jobs and businesses as a whole across the country.

Of course, this reopening won’t be a complete return to normality, with the ongoing threat of Coronavirus on everyone’s mind at this present time, key changes must be made to the way members of the public can’t act whilst in and around garden centres.

The BBC have reported on an example of this in Wales, they say, “At Carmarthen Garden Centre, which opened when the Welsh government gave the go-ahead on Monday, customers are met in the car park by a staff member in PPE and directed to a queue, with markings 2m apart.”

Customers will have to follow a one-way system while in the premises, similar to how many supermarkets have approached being open during this crisis, “At the entrance, they are handed a trolley – which has been sanitised – then guided down a one-way system. Mr Douglas-Davies says people have been carefully observing the social distancing rules, although demand has been high enough for some to wait in the car park before opening time”.

What will be on offer in these businesses will also likely be a little different to how people came to expect of it prior to the Covid-19 outbreak. There will only be around 25% of the usual seasonal plants, some things have just not been worth the risk of growing recently due to the uncertain times we’ve been living though over the past few months.

It isn’t easy to predict whether or not this reopening will be a success in terms of the public’s health and wellbeing, but time will tell on that front. It is sure to help businesses out on a massive scale and will be a welcomed addition in customer-lead funds for many companies within the gardening industry.

Declaring your plant growing business insolvent doesn’t necessarily mean the end of your venture’s journey. Here at Business Insolvency Helpline, we assist you in getting things back on track and turning your luck around. Business Insolvency Helpline work alongside distressed businesses of all sizes. We can offer a comprehensive range of specialist services covering all aspects of business recovery, turnaround and insolvency solutions.

Our friendly and dedicated team of experts will listen to you, assess your situation, and provide you with honest and straight forward advice. Together we can work on a way forward, so you can once again look towards the future.

Feel free to call or place an enquiry online, all enquires are in confidence. we’ll contact you straight back to help you find the best solution for your business.