What is a first Gazette notice for compulsory strike off? 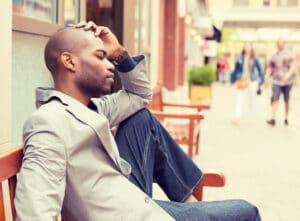 Being on the receiving end of a Gazette notice will lead to your company being struck off Companies House and ceasing to legally exist.

A strike off notice gives you a three-month period until the company is removed from the Companies House register as a result of failure to pay tax or failure to file company accounts.

In cases of compulsory strike off, this process is normally begun by Companies House, because of a business’ lack of filing of accounts or annual confirmation statement. The Gazette then publishes the strike off request, and from that moment there is a two-month period where you can object to the application or simply wait and allow the company to be struck off completely.

What is compulsory strike-off?

A compulsory strike off is when Companies House fulfils the role of both registering and dissolving limited companies registered in England & Wales.

While dissolving a company is most often a voluntary act by company directors (administrative or company strike off), sometimes it is enforced following an application to strike off a company by Companies House. This application is known as a gazette notice for compulsory strike off.

Compulsory strike-off is the consequence of non-compliance with Companies House regulations, in line with the Companies Act 2006, such as failure to file annual accounts.

Failure to file annual accounts within the stated deadline (9 months after the company’s financial year-end), is one of the most common factors leading to a company being forcibly dissolved. Other reasons include the failure to pay penalties incurred by late submission, or not declaring a new company address. If Companies House is unsuccessful in chasing a company for overdue submissions, they will assume that the business is no longer trading under its registered name and that it is no longer required. They will then begin the process of dissolving the company, starting with a first Gazette notice.

Why Would a Company be Struck Off?

Why would a company be forcibly struck off the Companies House Register?

In a process known as compulsory strike off, a third party such as Companies House will petition for the company to be removed from the register, typically for reasons of non-compliance.

If a company has ceased trading, the directors may allow it to be forcibly struck off the register as a quick and inexpensive way to close it down. Directors of businesses that have suffered a downturn or are approaching insolvency may fail to submit annual accounts as a symptom of the company’s general decline.

That can lead to the initiation of the compulsory strike off procedure. If the directors do not act and let the struggling company be removed from the register, they will not be able to claim redundancy pay and other entitlements. They may also face serious consequences such as director disqualification and personal liability issues.

Company has been served a first Gazette notice

In order for you to deal with a notice for compulsory strike off, you’ll need to be aware of exactly what your future plans are for your business venture. If you would be happy seeing the company closed down because it no longer serves a purpose to you, then you can simply allow it to run its course. Nonetheless, you should be mindful that the strike off application may well be opposed to if your limited company has outstanding debts or liabilities.

You’ll need to lodge a suspension application to Companies House if you wish to see your business remaining in an active state. This would allow you to request that the strike off application is shelved. You may be required to bring your account up to date, which may include filing missing accounts or confirmation statements, depending on what actually lead to the compulsory notice being placed against you in the first place.

Suspending the strike off application

It isn’t solely you and your fellow shareholders that can submit an objection to the proposed strike off, it can also be done by the likes of HMRC or any other outstanding creditor. As creditors it is well in their interests to go against the application in any way possible. As if it was to go through unchallenged and your company was subsequently removed from the Companies House register, it would cease to exist as a legal entity and therefore the creditors will be unable to recover the money your company owes them. Beyond this, creditors will have to class this borrowing as ‘bad debt’ and write it off, it’ll be their only remaining option.

Your company can remain active and continue to trade if the strike off application is successfully upheld. Conversely, you should most certainly attempt to get to the root of the problem, as to why your company was threatened with strike off in the first place. If you continue to fail in your obligations and responsibilities as company director, Companies House will not hesitate in starting their procedures once again.

Any interested party can submit a formal objection to the impending compulsory Strike Off action. That could mean directors, shareholders or even company creditors who don’t want to see the company dissolved before they’ve been paid.

You can object to the dissolution in the following ways:

If you’re concerned your documents may not arrive in time, call Companies House to ask for a delay of up to 2 weeks.

What if I have assets in my company?

As a company is dissolved, it will cease to exist as a legal entity and as a result its assets and cash will be known as ownerless property, and possession of it will then transfer to the Crown.

If you have assets in your company, you’ll obviously be keen to extract these in order to keep them in your name. Though, in order to do this, you will need to submit an objection to the strike off detailing the reasons why. If that objection attempt is upheld, the company will remain active giving you the chance to either carry on trading or at the very least move the assets out of the business’ control.

Depending on what your assets actually are, you may want to contemplate closing down your business through a Members’ Voluntary Liquidation (MVL). By doing things this way you may be able to take advantage of Entrepreneurs’ Relief (ER), which is likely to be the most tax-efficient way to abstract the money from your company. You should be fully aware that you’ll need to contact a licenced insolvency practitioner to go through this scenario.

We can still help you

you should make it a priority to contact a licensed insolvency practitioner if your business has been subject to a Gazette notice for a compulsory strike off, or you are concerned about the financial wellbeing of your company. There are numerous methods of dealing with your company’s financial worries; time is very much of the essence.

If you act quickly enough you can significantly increase the chance of a successful outcome for both you and your company. Contact us here at Business Insolvency Helpline today on 01246 912052, for a free no-obligation consultation with a member of our experienced expert team.

Previous Post
What happens when a director is owed money by their company?
Next Post
Pizza Express closures