How to stop a winding up petition 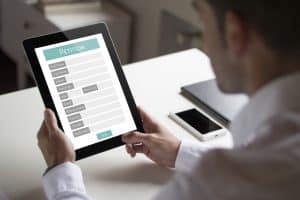 A winding up petition is a legal document that is filed in court in order to have a company “wound up” or dissolved. This means that the company’s assets will be sold off and the proceeds used to pay the company’s debts, but how can you stop one?

There are several ways how to stop a winding up petition from being issued. The first is to reach an agreement with the creditor who has filed the petition. This could involve paying off the debt in full, or entering into a payment plan. If an agreement cannot be reached, it may be possible to dispute the debt.

This could involve providing evidence that the debt is not actually owed, or that it has already been paid. Another option is to file for bankruptcy. This will automatically stop any winding up petitions from being issued, and will give the company time to restructure its finances.

Finally, it may be possible to negotiate with HMRC to postpone or cancel any unpaid tax debts. This could give the company the breathing space it needs to get back on track financially

What is a winding up petition

A winding up petition action that a creditor can take to recover money owed via the court system. If successful, it will result in the compulsory liquidation of the indebted company.

The following shows a breakdown of the petition process:

What to do if you receive a winding up petition?

If you receive a winding up petition the first thing you need to do is seek help from a licensed insolvency practitioner or solicitor.

If you are a company director and you receive a winding up petition this can be a very stressful time. The first thing you need to do is to take legal advice. If the debt is not disputed then you need to try and come to an arrangement with the creditor to pay off the debt.

This can be done by negotiating a payment plan or by offering to pay a lump sum. If you are unable to reach an agreement with the creditor then the next step is to make an application to the court for a ‘stay of execution’.

This will give you more time to raise the money to pay off the debt. If you are still unable to pay the debt then the company will be wound up and your assets will be sold off to repay the creditors.

Here are the following:

1. Communicate with your creditors

Facing financial difficulties can be a daunting and stressful experience. However, it is important to remember that you are not alone. Many people struggle with money problems at some point in their lives, and there are organisations and individuals who can help. One of the most important things you can do if you are having difficulty paying your bills is to communicate with your creditors.

2. Don’t ignore their requests for payment

Requests for payment from creditors shouldn’t be ignored. When you ignore a request for payment, the person or company who is owed money may take legal action against you. This could result in a judgment being entered against you, which could affect your credit score personal and make it difficult to get a loan in the future.

Additionally, the amount owed may increase if interest and late fees are added to the original debt. If you’re having difficulty making ends meet, it’s important to reach out for help rather than ignoring the problem. There are many resources available to assist with financial hardship, and ignoring requests for payment will only make the situation worse.

Often creditors will serve a statutory demand on the debtor to try to provoke payment. This gives you 21 days to:

A CCJ can also be used to recover debt by a creditor. You will have 14 days to respond to the court, you will need to pay the amount in full or offer evidence that claim is in dispute. If you fail to do either of these then a CCJ will be filed on your company’s credit report for six years which will affect its access to affordable finance.

In both these situations, it’s best to take professional advice. This will help you stop a winding up petition before its even begun.

Petition has been issued, but has not been published in the Gazette

If you have received a petition, but it has not been published in the Gazette, you have a few days to ensure you can seek professional advise. Once it is advertised, it will become public knowledge, your bank may freeze your accounts and you’ll have to cease trading. Other creditors may join the petition and this announcement could damage your reputation.

If you wish to stop a winding up petition before it has been advertised in the London gazette, you will need to do the following:

Pay the creditor(s) in full

There are a number of ways a business can raise finance to pay of petitioning creditors such as Invoice Finance or a business loan.

One option is to dispute the debt. This means contacting the company or individual you owe money to and explaining why you believe you do not owe the debt. This can be a tricky process, and it’s important to do your research before taking this step. However, if done correctly, it can be an effective way to get out of debt.

Debt is a tricky thing. On one hand, it can be incredibly helpful in times of need, allowing us to purchase things we otherwise couldn’t afford. On the other hand, it can be very easy to fall into the trap of debt, and it can be difficult to get out. If you find yourself in a situation where you’re struggling to make your debt payments, it’s important to remember that you have options.

If you are disputing the debt ensure you have evidence and don’t try to try to mislead the court, you may face severe consequences.

Pre-pack or traditional administration will put a halts to all legal action against a company. The administration moratorium will stop creditors from pushing to winding the company up and allows you time to explore restructuring options. Administration is the process of managing the financial affairs of a company that is unable to pay its debts.

This may involve appointing a receiver to take control of the company’s assets, negotiating with creditors, and ultimately liquidating the company. The goal of insolvency administration is to pay off the company’s debts and distribute any remaining assets to its shareholders.

A Company Voluntary Arrangement (CVA) is a type of business IVA, it allows a payment plan to be legal set up and repayment made over a five year period. You creditors will vote on the proposal and it will require at least 75% to vote in favour to ensure it passes.

You may wish to informally arrange a payment plan with credits but its not legally binding, more creditors may come forward and ‘take over’ the petition to recover their own debts.

The petition has been advertised

Once the petition has been advertised in The Gazette, there are still options available to the company, these are:

You can also apply for a Validation Order. The Validation Order will not stop the winding up process, it does unfreeze the company’s bank accounts and allows wages and some bills to be paid, or simply release cash flow to pay off your debt in full

At the Court hearing

At the court hearing you will need to demonstrate that the company is not insolvent and can pay its creditors or a winding up order will be made. Evidence  will be needed to support this as well as assistance from an IP or legal professional.

Options after the winding up order has been made?

Once a winding up order has been made, this will start the compulsory liquidation process. In order to stop this process you will need to work quickly to suspend the action.

You can apply for the following actions to stop your company being liquidated:

Please get in contact if you need advise on a winding up petition or compulsory liquidation.

Previous Post
How to declare bankruptcy in England
Next Post
What is deemed misuse of a Bounce Back Loan?