Differences between Liquidation and Administration 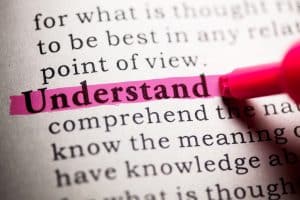 The terms “administration” and “liquidation” are often used interchangeably, but they actually refer to two different processes. Administration is the process of managing a company’s affairs when it is insolvent, or unable to pay its debts.

Liquidation, on the other hand, is the process of selling off a company’s assets in order to repay its creditors. While administration typically involves enforcement action by creditors, liquidation always does. As a result, liquidation is generally seen as a last resort option when a company is insolvent

Understanding the differences between Liquidation and Administration

When a company becomes insolvent, there are two main ways in which its affairs can be wound up – Liquidation and Administration. Both processes aim to realise the company’s assets in order to pay its debts, but there are some key differences between the two.

Liquidation is typically seen as a last resort, as it results in the company being dissolved and all creditors being paid on a pro-rata basis. Administration, on the other hand, offers a way for the company to continue trading while under the protection of an insolvency practitioner.

As such, it is important to understand the differences between these two processes before deciding which is right for a particular company

Understanding the two types of liquidation

Compulsory liquidation, on the other hand, is initiated by the company’s creditors and can result in the Directors being removed from their positions. While both types of liquidation can be stressful for those involved, understanding the difference between them can help to make the process run more smoothly

A company is insolvent if it cannot pay its debts as and when they fall due. This can happen for a number of reasons, such as poor management, competition, or an economic downturn. If a company is insolvent, its creditors may demand that it be wound up. This is known as a solvent liquidation or a Members Voluntary Liquidation. In a solvent liquidation, the company’s assets are sold off and the proceeds are used to pay off its debts. The remaining assets are then distributed to the shareholders. A solvent liquidation can be an orderly process if the company’s directors manage it properly. However, it can also be a very stressful and costly process for all involved.

An insolvency company is a company that is no longer able to pay its debts. When a company becomes insolvent, its directors have a legal duty to take steps to minimise the loss to creditors. One way of doing this is by liquidating the company. Liquidation is the process of selling off all the company’s assets and using the proceeds to pay off its debts. Once the debts have been paid, any remaining funds are distributed to shareholders.

Liquidation can be a complicated and stressful process, so it’s important to get professional help if you’re considering this option. A qualified insolvency practitioner will be able to advise you on the best course of action for your company and help you to navigate the liquidation process.

Previous Post
What Is A Preference Under The Insolvency Act 1986?