What Does Liquidation Mean? 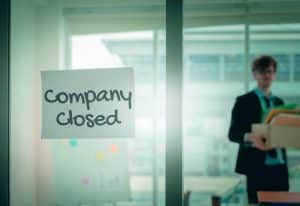 Many business owners have no call to understand what liquidation is until it’s too late.

Put simply, ‘liquidation’ refers to the process by which a company that has reached the end of its life is formally closed down and its assets realised (converted into cash). This usually comes about because a compay cannot pay its debts when they fall due, or when it’s liabilities exceed its assets.

A company can be said to be solvent if its assets are greater than its liabilities, and it is able to pay its creditors in full within a 12 month period. An insolvent company on the other hand is one which is unable to meet its financial commitments as and when they fall due, and where its debts outstrip its level of assets.

What is Voluntary Liquidation?

Voluntary liquidation is a self-imposed wind-up and dissolution of a company that has been approved by its shareholders. Such a decision will happen once a company’s directors and stakeholders decides that the company has no reason to continue operating.

This type of action is not ordered by a court (not compulsory), it is also known as a Creditors Voluntary Liquidation (CVL). Voluntary liquidation starts when the directors, and owners, decide to close their business as they cannot pay their creditors.  The company has to be insolvent for this to happen.

This requires a meeting of the shareholders and creditors to pass appropriate resolutions and appoint a liquidator. Neither the Court or Official Receiver are part of voluntary liquidation.  The process is quicker than a compulsory liquidation but requires an insolvency practitioner to carry out the formalities.

The purpose of a voluntary liquidation is to close down the company’s operations in a timely legal manner. A CVL will crystilise its financial affairs, and dismantle its corporate structure in a uniformed fashion.  Its allows creditors to be paid back according to their assigned priority e.g Preferential HMRC, Secured a Bank or unsecured, trade creditors.

Liquidation results in your company being removed from the register at Companies House as it ceases to exist.

There are three types of liquidation:

Note that for voluntary liquidations, it is begun by shareholders and directors but for compulsory liquidation, creditors bring on the process from ordering a court order upon the company.

What does Liquidation Mean for Company Directors?

For directors, who want to liquidation their business it means that a licensed insolvency practitioner will be formally appointed to close down the company, at which point directors powers cease.

From this point on directors must cooperate with the liquidator so that he/she can understand the situation to the best of their ability.

There will also be an investigation into director’s behaviour during the period preceding insolvency.

If directors are found to have prioritised personal interests of those of the creditors, once the point of insolvency had been reached, they may be held liable for charges of wrongful or fraudulent trading.

Why would you initiate liquidation voluntarily?

When a company is in too much in debt to recover via turnaround and restructuring procedures such as administration, financing, or a CVA, you may have to accept that liquidation is the only viable course of action.

Once you know your company is insolvent you must take swift action to avoid worsening the position of your creditors. This means you should seek the assistance of a licensed insolvency practitioner to discuss your company’s financial problems. Delaying taking this step will only lead to a further increase in company debts which will put you at risk of being held personally liable. Although directors are not normally held responsible for the debts of a limited company, if the court finds you guilty of wrongful trading then you may be asked to assume liability for the money the company owes.

This is a very real possibility if you continue to trade while knowingly insolvent and therefore fail to adequately fulfil your duties as a director. By enlisting the help of a licensed insolvency practitioner once you know your company is insolvent, you are demonstrating your commitment to placing the interests of your creditors above your own.

Furthermore, having an insolvency practitioner handle the process means you can avoid much of the hassles and headaches associated with being wound up and forced into compulsory liquidation.

The downside is that you must get 75% of shareholders to agree to liquidate and the process can take between 6 and 24 months to complete.

What Happens In Compulsory Liquidation?

A compulsory liquidation is when the creditors of the company have lost all patience to try to collect the debt. The debt must be over £750, must be undisputed, and the creditor must have notified the debtor of its intent to collect the debt. This often involves issuing a statutory demand first. If the debtor fails to pay the statutory demand in 21 days and does not dispute the debt, then the creditor may issue a winding-up petition.

If the judge grants the winding up order then the official receiver will interview the director and liquidate the assets of the business to try and repay the creditors.   This process generally takes much longer than a voluntary liquidation and is more stress and hassle for the directors involved.  What is more, the official receiver has a mandatory duty to look at the behaviour of the directors.  They will also have more resources to pursue any money that the directors owe the company which could result in personal insolvency.

Although the petitioner is often a creditor, this is not always the case. Shareholders or any other interested party can present a WUP to the court as long as they have a legitimate reason for doing so. The directors of the insolvent company can also legally lodge a petition to have the company wound up, but this is usually handled through a voluntary liquidation instead. If your company fits more than one of the following criteria then it could be at risk of being forced into compulsory liquidation:

Can I stop the process?

Once a winding up petition is issued then it is difficult to stop the process.  The only way to stop the liquidation is to pay the debt or get the petitioner to agree to withdraw the petition.  It may be possible to get an adjournment of the winding up hearing to allow more time to find the funds or maybe even get a company voluntary arrangement organised but you will need to move very quickly!

Implications for the directors in compulsory liquidation?

What is the Role of the Liquidator?

As we have mentioned, the appointed liquidator will realise company assets and make distributions to creditors. Although these are the main responsibilities, a liquidator will carry out other tasks, including:

Should an insolvent company enter liquidation most people would be aware that any employees of that company would be eligible for redundancy pay once they have lost their jobs. However, what a lot of people don’t know is that directors are also entitled to claim redundancy in a lot of cases. This is because as well as being a director, they are often classed as being employees of the company as well. Eligibility to claim relies on being on the payroll of the company, and the company having been incorporated for at least two years. The amount which directors may be able to claim depends on a variety of factors including length of service, the salary taken during this time, at their age at the point of redundancy.

Director redundancy can be a huge lifeline to those who have seen their business fall into insolvency; helping them start up again in business, or ensure they are financially sound while alternative employment is secured. In some cases, the redundancy payment can actually be helped to fund the liquidation.

The type of liquidation your business uses is important and you should consider the problems associated with compulsory liquidation which include:

Therefore it maybe better for you to choose us and use the Creditors Voluntary Liquidation process which is quicker. Contact us today to talk about your options.

Previous Post
What happens to my pension in liquidation?
Next Post
Can I be a director and have a criminal record?