Can a winding up petition be stopped in Scotland? 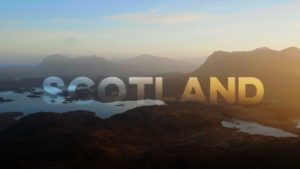 When a company is wound up in Scotland, the consequences are usually permanent and cannot be reversed.

However, while it does not happen regularly, there are circumstances where after the winding up order has been made and it transpires that the company is not in fact insolvent.

This can happen for different reasons, such as answers to the petition not being lodged timeously leading to the order being made or, after the order is made, there is a change in the company’s circumstances.

What is a Scottish winding up petition?

A winding up petition is a legal action taken by a creditor or creditors against a company that owes them money (although others can also petition).

If the company owes £750 or more, the creditor can issue a petition in court. The petition will have a hearing date endorsed on it and then must be served at the registered office of the company. It will then be advertised in The Gazette, after a period.

How do Scottish winding up petitions differ?

When a Winding up Petition is issued under English law, the Petition cannot be advertised publicly for 7 days. This advertisement in the Gazette, the official journal of public record, is the trigger which prompts the banks to freeze corporate bank accounts. For obvious reasons, the freezing of company accounts often seals the fate of the company, since normal business cannot continue.

In Scotland, the crucial difference is that this 7 day rule does not exist. This means that from the moment the Winding up Petition is filed in court, it is then ‘walled’, meaning pinned to the notice board for all to see. Since banks keep a close eye on these noticeboards, company accounts can be frozen instantly.

Without Defence, a winding up order is Inevitable

Under English law, a judge will preside over a court hearing regardless of whether defences to the petition are lodged. In Scotland, if no defences are made within the eight day period, the petition automatically becomes a a Winding up Order.

While there is a statutory period following the Petition in which businesses can file defences, the means to conduct them becomes extremely limited once bank accounts have been frozen.

Unless directors or shareholders have the personal funds to settle legal fees, pay company suppliers so that business can continue, or potentially fund a proposal for a Company Voluntary Arrangement (structured payment plan with creditors), the company has no choice but to close its doors. The harsh reality is that this allows winding up petitions in Scotland to be used as tools to seriously damage a company

Can a winding up order be recalled in Scotland?

Once a company is wound up, there is no mechanism in the Insolvency Act 1986 (the “1986 Act”) that allows the order to be recalled. As a result, the company will remain in liquidation until that process is completed. To deal with the unusual circumstances previously mentioned – whereby a winding up order has been made and a company is not insolvent – a practical solution can be found at section 147 of the 1986 Act.

This empowers the court to suspend – or, technically, ‘sist’ – the winding up order, on the application of the liquidator or any creditor or contributory of the company. Orders under section 147 are infrequent but do happen. Their effect is to discharge the liquidator and return control of the company to the directors, either permanently or for a limited period.

How can section 147 of the Insolvency Act 1986 affect winding up orders in Scotland?

There is limited authority on section 147, however the leading decision in Scotland is McGruther v James Scott Ltd 2004 S.C. 514, where the liquidator of a company applied to have the liquidation sisted following the approval of a CVA by the company’s creditors. In this case, the application to sist was refused – a salient reminder that any relief under section 147 is a discretionary remedy and the decision on whether to apply for such relief is in the hands of the court.

Given the wide discretion of the court, the onus is on the applicant to prove that the order should be made. The court inMcGruther explained:

“The statute does not specify any factors to which the court must have regard, nor any which it must disregard, in exercising that power. There are thus no express statutory constraints on the factors which may be taken into account.

“As the granting of a sist will bring to an end, or interrupt, the control over the management of the company’s affairs exercised by the liquidator, an officer having ultimate responsibility to the court for his conduct, the court will wish, before such control is released, to be satisfied that the interests of all parties potentially affected by any such release are duly considered; there may in some cases also be a wider public interest to address.”

Requirements for sisting a winding up order in Scotland?

The court must be satisfied that the winding up order ought to be sisted, either permanently or for a limited time. The questions that are likely to be at the forefront of a judge’s mind are:

When an application to sist a winding up is presented in Scotland, the liquidator’s statutory duties continue and will not stop simply on the basis that an interested party declares their wish to sist the winding up. The liquidator will only be discharged on the granting of a section 147 order.

Given that the liquidator’s statutory duties continue, a practical solution may be to ask the court to grant an interim order suspending the liquidator’s obligations, eg to ingather and realise assets or prepare statutory reports pending determination of the substantive issues by the court.

If the applicant can persuade the court that the liquidation should be sisted, full consideration requires to be given to the wording of the court order to ensure the liquidator is protected from liability in circumstances where they were ordered not to act.

Can the effect of a winding up order be reversed in Scotland?

To reverse the effect of a winding up order in Scotland, directors or shareholders must ensure that all creditors are paid in full and establish that they are able to properly run the company. It should be made clear that applications under section 147 are unusual and the remedy is entirely discretionary. Directors of companies and interested parties would be much better advised to deal with the matter as soon as they receive service and intimation of the petition.

Circumstances can change, so the best thing to do is to seek legal advice immediately if you find yourself in a situation where:

Previous Post
How the construction sector is affected by Insolvency
Next Post
What are your employee rights when your company is insolvent?