Is a Creditors’ Voluntary Liquidation right for my business? 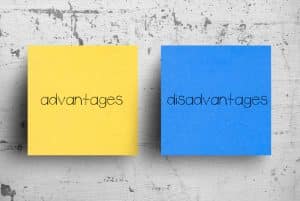 When a company is insolvent and has no hope of recovering, the process offers advantages to directors and creditors. But there are also a number of disadvantages to be aware of when entering a CVL.

So let’s look in more detail at the advantages and disadvantages of this process.

Advantages of a Creditors’ Voluntary Liquidation

Outstanding debts are written off

Being unable to repay existing debts with no way of turning the company around is a stressful situation for any director. You cannot continue to trade if you are insolvent, and a CVL offers a way of dealing with these outstanding obligations in a way which aims to maximise returns for creditors.

If there is any any legal action taking place against the company is stopped when the company is in liquidation. This is unless as a director has no personal liability for a company debt, creditors will be unable to take action against you.

Once the liquidator has been appointed, the company’s creditors will need to communicate with them and not with you as a director. This can be a huge relief in situations where you are receiving threatening calls and letters on a frequent basis from creditors demanding to be paid because the company is insolvent and the company can’t pay its outstanding debts. The liquidator also has to pay the creditors in a predetermined order of priority, so there is very little room for creditors to claim they have not received their allotted share of the liquidation proceeds.

Members of staff will be made redundant by the liquidator, and if eligible, they can start their claim for redundancy pay and other statutory entitlements. If monies realised from the sale of company assets are not sufficient to cover redundancy payments, staff have an alternative route by which to claim what is owed. The National Insurance Fund pays out for redundancy, unpaid wages and holiday pay should the company not be able to do so using its own funds

Potential for directors to claim to redundancy

It’s relatively unknown that directors can claim redundancy pay on the liquidation of their company in some cases. If a director has worked as an employee for the company for at least two years, received a salary under PAYE, and worked a minimum of 16 hours per week in a practical rather than an advisory role, they may be able to claim the same statutory entitlements as member of staff.

It shows that directors are fulfilling their legal obligations

Under UK insolvency law directors are legally obliged to be aware of their company’s financial position at all times. By entering into voluntary insolvent liquidation they prove that this is the case and can limit creditor losses as well as their own reputational damage.

Leases can be cancelled

Lease and hire purchase agreements are generally terminated at the date of liquidation, meaning that no further payments need to be made. If any arrears are owed, the company leasing the goods the lender may be able to claim from the insolvency practitioners along with other creditors. If a personal guarantee has been offered upon signing a property lease agreement; you should check your documentation carefully so you know whether you are likely to be made personally responsible for the remainder of the lease.

Disadvantages of a Creditors’ Voluntary Liquidation

Company Will be Closed

A Creditors’ Voluntary Liquidation is a procedure which will end with the company’s assets having been sold off and the company itself wound up. This cannot be undone. You will not be able to start a company with the same name unless you seek advice and follow a prescribed process. Unless you do this, if you decide to start another company in the same field, any goodwill that has been built up in the company’s brand name will be lost.

On liquidation, the appointed insolvency practitioner is obliged to investigate the conduct of all directors. A detailed report is sent to the Department for Business, Innovation & Skills (BIS), and if a case is successfully brought against one or more directors, they could face severe penalties. These include a ban from acting as a director for up to 15 years, and in serious cases prosecution through the courts and a prison sentence may ensue.

Unfortunately, all staff are made redundant when a company enters Creditors’ Voluntary Liquidation. If the company is unable to make the required redundancy payments, which is often the case with insolvent liquidations, employees can make a claim from the National Insurance Fund (NIF).

Personal guarantees will kick in

If directors have provided personal guarantees for any of the company’s borrowing, lenders will expect repayment according to the terms and conditions of the loan. This could place directors’ personal finances at risk – if they can’t pay, lenders will pursue them through the courts.

It’s a requirement of a CVL that the creditors’ meeting has to be advertised in The Gazette, which means it is publicly reported and is on the public record. There’s no way to avoid this requirement. This can damage a director’s business reputation in some cases, although less so when compared with compulsory liquidation as the directors have placed creditor interests first.

No Returns for Shareholders

Each director will be held responsible for repayment of their own director’s account should it be overdrawn. The liquidator has the power to force directors to repay this debt if necessary.

One mistake many businesses make is to wait too long before speaking to an insolvency practitioner, we speak to you directly and put business recovery at the forefront of our priorities. If you talk to us before things get unmanageable then a CVL may not be your only option and we can work out what is best for you and your company.

Previous Post
Who gets paid first when a company goes into liquidation?
Next Post
How to have a fire sale