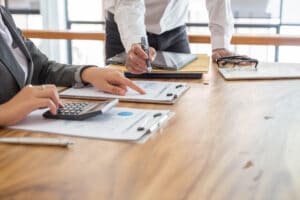 If a limited company director feels that a CVL may be the appropriate course of action, they should call shareholders to a general meeting.

Shareholders are entitled to receive 14 days’ notice before attending such a meeting.

That meeting has two clear goals: to vote on winding up the company (sometimes called voluntary winding up, or CVL), and to appoint a named insolvency practitioner (liquidator).

We look at how shareholders can force a liquidation on a company even if the directors do not want to go down that route.

If the directors take the insolvency test and it fails, this gives grounds to cease trading and seek professional insolvency advice. Disputes are unsurprisingly, relatively commonplace between the directors and the shareholders.

In many cases, the directors are themselves shareholders, but this is not always true. It may be that the company director has no shares at all in which case it’s easy to see why a difference of opinion may arise.

When a significant dispute arises, seek mediation immediately. Protracted disagreement will cost the company money, via disruption of business and possible legal proceedings.

If you refuse to consider mediation, the costs of any litigation may be awarded against you, and for that reason, refusal is fraught with risk.

Percentage of the vote is Required for the Shareholders to put a Company into Liquidation?

The percentage of a vote that is needed by a shareholder to adopt a special resolution is a 75% majority of those voting, they are voting on a voluntary winding-up to take place.

What happens if shareholders block liquidation?

Should shareholders try to block a liquidation, it would be valuable to hold a meeting with them. The meeting would need to have minutes takes with a view to explaining directors’ legal obligations to creditors, and the necessity to cease trading when insolvent.

Waiting for a creditor to forcibly liquidate the company could result in action against the director(s) personally, including being held liable for any additional debts incurred by the creditors.

In order to resolve this type of liquidation ‘stalemate,’ a director or shareholder who believes the company should be liquidated could force the situation using a specific type of winding up petition.

How can shareholders force liquidation?

A liquidation and be forced by shareholders and directors via a ‘just and equitable’ winding up petition. This type of liquidation is triggered by the courts, it is commonly used to end a deadlock where shareholders are wanting to block the liquidation process.

Should there be two directors who can’t agree on whether to liquidate this process is also used. The court decides whether voluntary liquidation of the company is the best route to take. Although it is a viable option, these types of winding up petitions are quite rare. The court has to take into consideration whether they believe mutual trust and confidence has evaporated – which is often the case in a 50/50 shareholder deadlock.

Winding up on Just and Equitable Grounds under the Insolvency Act 1986 and the Companies Act 2006 is used by shareholders if :

How can we help?

Should you need help to resolve a shareholder/director disputes, we are here to assist in the complex area of business, it’s vital to obtain professional guidance on the best way forward. Our experts will provide the advice you need using sound commercial knowledge and extensive experience.

Can a shareholder force a company into liquidation

Yes a shareholder can force a company into liquidation if the can muster 75% of the votes to pass a special resolution at a general meeting.

Can shareholders force a fellow director to agree to liquidation

Previous Post
Can a Disqualified Director be a Shareholder?
Next Post
What is a shareholder? – Our guide