Can a Disqualified Director be a Shareholder? 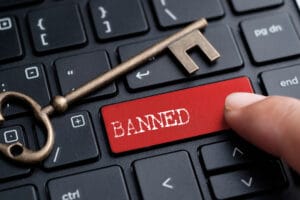 Directors who don’t meet their legal responsibilities can be banned or disqualified from being company directors up to 15 years.

The Company Directors Disqualification Act 1986 was implemented to prevent unfit directors from being an officer of a UK company. However, this disqualification does not stop a person from holding shares in a company.

Can a banned director be a shareholder?

As a director of a limited company, he or she will have an array of obligations and duties to comply with and perform, including a duty to do their best for the success of the company and to put the company’s interests first. Here are just some of the other duties to consider:

The director disqualification regime applies to all directors.

A disqualification order not only prevents a person from being a director, but it also prevents them from being concerned with, or taking part in, the promotion, formation or management of a company. Accordingly, a disqualified director cannot simply resign as a director, have a family member or friend appointed in their place, or carry on running the company themselves.

As well as the prohibitions and restrictions under the CDDA, restrictions can arise under other statutes or rules of organisations.

Acting as a director while disqualified is a criminal offence, and may also make the individual concerned personally liable for company debts. An undischarged bankrupt is also automatically disqualified from being a director, and it is an offence for him to act as a director.

A director is not precisely defined in legislation but refers to all individuals who hold the position of director by whatever name called (section 250 Companies Act 2006). This includes:

i) De Facto Directors – directors who are held out as directors or perform functions which could only be carried out by a director, but who are not formally recorded as director in the Company’s statutory records and at Companies House;

ii) Shadow Directors – those individuals who whilst not openly acting as a director may instruct the company’s directors in the performance of their duties and the direction of the company. This is defined by Section 251 Companies Act 2006;

ii)  Corporate Directors – i.e. companies who sit on the board of directors and are appointed as such;

v)  Non-executive directors – whose responsibilities in respect of the management and direction of the company, including its financial affairs, are no different to that of appointed De Jure directors;

Forming a new company as a disqualified director

When a new company is formed in the UK it must have at least one shareholder. During the registration process the initial shareholders in a company are called the ‘subscribers’. In the memorandum of association, the subscribers must agree that they ‘wish to form’ a company. It is this point that appears to be in conflict with the Company Directors Disqualification Act 1986.

What does the Companies Act 2006 say?

Section 8 of the Companies Act states-

(a) wish to form a company under this Act, and

(b) agree to become members of the company and, in the case of a company that is to have a share capital, to take at least one share each.

(2) The memorandum must be in the prescribed form and must be authenticated by each subscriber.

“Each subscriber to this memorandum of association wishes to form a company under the Companies Act 2006 and agrees to become a member of the company and to take at least one share.”

The Company Directors Disqualification Act 1986 is quite clear that a disqualified director cannot form a company. Yet the subsequent Companies Act 2006 requires subscribing shareholders to agree to ‘form’ a company. Unfortunately this creates a ‘grey area’ that has several unanswered questions-

Leave to act while disqualified

It is possible to apply to the court for leave to act as a director, or take part in the management of the company while disqualified. Leave is essential if a disqualified director is to avoid committing a criminal offence. However, no guidance is given in the CDDA, and the matter is very much at the court’s discretion.