Difference between a debtor’s bankruptcy petition and a creditor’s petition? 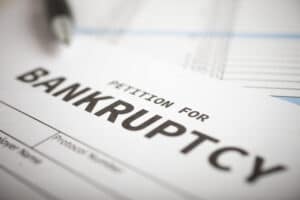 What is the difference between voluntary and involuntary bankruptcy? Our guest writer Holly Ransley of Ashfords LLP explains the process, timescales and costs of a debtor’s application for bankruptcy and a creditor’s petition.

What is the difference between voluntary and involuntary bankruptcy?

What is a debtor’s application for bankruptcy?

Once the application has been submitted with supporting documents, an adjudicator will then decide if the debtor should be made bankrupt or not by reviewing the documentation provided and carrying out their own checks.

They must make the decision within 28 days of receipt of the application, although in some situations they may extend the period for an additional 14 days. The adjudicator can either make the bankruptcy order or refuse to do so. If the adjudicator has not decided within the time limit, this will be deemed a refusal to make the debtor bankrupt.

What is a creditor’s bankruptcy petition?

What is the creditor’s petition process?

In order to be able to present a bankruptcy petition, the creditor must first either:

The fee for sending the petition to court to be issued is £280. The creditor will also be required to pay the Official Receiver’s deposit of £990. Once the court has issued the bankruptcy petition it will be returned to the creditor to serve on the debtor. The court will also list a hearing to determine whether the debtor should be made bankrupt.

Upon receipt of the sealed petition, the creditor will be required to serve it on the debtor personally. If this cannot be achieved, they will then be required to make an application to court to serve the debtor in a different way, for example by post.

Once the petition has been correctly served the debtor will then need to provide evidence to the court along with confirmation that the debt remains outstanding and then prepare for the court hearing.

At the hearing, unlike the adjudicator, the court can make a variety of orders. They can:

Due to the amount of stages and requirements on the creditor to ensure all the requirements have been met, a creditor’s petition can take considerably longer and costs substantially more than a debtor’s own application for bankruptcy.

When a bankruptcy order is made

The Official Receiver (OR) takes control of an individual’s assets when a bankruptcy order is made, and also decides whether or not the debtor has sufficient residual income to make monthly payments to creditors via an Income Payments Agreement (IPA).

Their assets are sold to repay creditors, but repayment takes place in a strict order of priority set out in the Insolvency Act, 1986. Unfortunately, unsecured creditors rarely receive a high return from a bankruptcy process as they are placed at the end of the payment ‘hierarchy.’ Creditors make their claim for repayment using a ‘proof of debt’ form.

Bankruptcy generally lasts for a period of 12 months in England, Wales, and Northern Ireland, after which time the debtor may be discharged if they’ve cooperated fully in the process. Scotland operates a different system regarding individual bankruptcy.

Holly is a Chartered Legal Executive in the Restructuring and Insolvency Team at Ashfords LLP. She carries out insolvency and asset recovery work dealing with a variety of debtors, with particular expertise in negotiating pre-action recoveries, dealing with overseas debtors and enforcing judgments cost awards.

Previous Post
Keep your business from collapsing
Next Post
What is the Insolvency Test for a UK Limited Company?