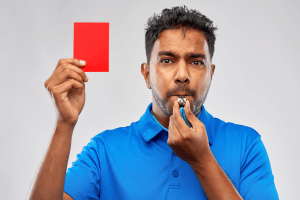 The insolvency service has disqualified the first four directors under new powers to tackle directors from dissolving companies and walking away without paying their debts.

The four directors were disqualified after they all secured bounce back loans before dissolving their companies to avoid paying their liabilities back.

In the most recent case, Sirfraz Ahmad, from Leeds, was disqualified for 10 years after he exaggerated his turnover to secure a higher value bounce back loan he wasn’t entitled to.

Instead of using the government-backed loan to support the business, Food Box Leeds Limited, Sirfraz Ahmad of Leeds squandered £25,000 to repay family members.

Consultant Lewis Wright of Redcar received a £50,000 loan in June 2020 despite his company having stopped trading the previous year. Lewis Wright received the maximum loan amount after he inflated turnover before paying himself just over £47,000. He is disqualified for 12 years.

Max Hadley, of Eastleigh was a director of Prestige Building Works and railway engineer, received a 10-year ban after he secured a £20,000 bounce back loan before spending £18,000 on payments not connected to the building firm.

And Jake Joynt received a 7-year disqualification after he received a £15,000 bounce back loan before spending £13,000 of it for personal use while acting as a director of Joynt Electrical Limited.

All four directors are banned from directly, or indirectly, becoming involved in the promotion, formation or management of a company, without the permission of the court.

The Rating (Coronavirus) and Directors Disqualification (Dissolved Companies) Act, which became law in December 2021, extends the Insolvency Service’s investigatory powers, on behalf of the Business Secretary, to directors of dissolved companies.

If misconduct is found, directors can face sanctions including being disqualified as a company director for up to 15 years or, in the most serious of cases, prosecution.

The government provided unprecedented support to businesses to help them through the pandemic, but unfortunately a minority of people abused this support for personal gain.

We have been clear that we will not tolerate those who seek to defraud the taxpayer, which is why we introduced tough new powers which have allowed the Insolvency Service to disqualify directors for dissolving their companies, to avoid repaying their bounce back loans

The Insolvency Service is considering recovery of the bounce back loan funds by using legal powers to seek Compensation Orders against the directors where appropriate.