The Risks of Trading whilst Insolvent 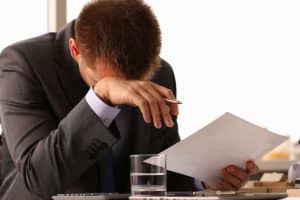 While it may be tempting to continue trading when your business is insolvent, there are a number of risks that you should be aware of. First and foremost, if your business is unable to pay its debts as they fall due, you may be guilty of trading while insolvent. This is a serious offence which can lead to personal liability for the directors of the company.

In addition, continuing to trade when insolvent can also result in preferential treatment for certain creditors, which could leave other creditors out of pocket.

Finally, if your business ultimately has to be wound up, the liquidator may investigate whether you traded while insolvent and take action against you if they believe that you have. As such, it is important to be aware of the risks of trading while insolvent before making any decisions about whether to continue trading or not.

Read about what the risks of trading whilst insolvent are and how we can help.

What does trading whilst insolvent mean?

Trading whilst insolvent is a serious offence in the UK. It means continuing to trade when you are unable to pay your debts as and when they fall due, or when your assets are worth less than your liabilities. If you are found guilty of trading whilst insolvent, you could face a prison sentence and/or a fine.

The Insolvency Service says that directors who trade whilst insolvent “dump their debts on creditors and ruin their lives while they walk away with the profits”. This is why it is so important to seek professional advice if you are struggling to pay your debts.

What is Wrongful Trading?

The Insolvency Act 1986 is the primary piece of legislation governing insolvency in England and Wales. Among other things, it sets out the rules for how insolvent companies are wound up and bankrupt individuals are discharged from their debts.

Section 214 of the Act deals with the effect of insolvency on directors’ liability. Specifically, it provides that a director of an insolvent company cannot be held liable for any debts incurred by the company during the period of insolvency if they took reasonable steps to minimise the potential loss to creditors.

This protection is not absolute, however, and directors can still be held liable if they acted recklessly or without regard for the interests of creditors. The effect of section 214 is to provide some degree of certainty for directors in an insolvency situation, which helps to encourage them to continue trading and minimize losses.

Is trading while insolvent illegal or classed as a criminal offence?

No trading whilst insolvent is technically a civil offence, so it is not a criminal offence. Although directors may have carried on trading with good intentions in order to ultimately guide the company out of trouble, they have a duty to put creditors’ interests first when insolvency strikes and to limit creditors’ exposure to additional debt.

How do I know if my company is or is going to become insolvent?

There are a number of different indicators that show that a business is going to become insolvent. It is important for directors to keep a look out on these areas to avoid trading whilst insolvent.

Key indicators of that a company insolvency is imminent are:

If you are a director of a Limited Company and you feel you are heading towards insolvency, it is imperative that you contact an insolvency professional as soon as possible

Laws regarding trading whilst insolvent

The laws surrounding trading whilst insolvent is covered by The Insolvency Act 1986 (c 45) is an Act of the Parliament of the United Kingdom that provides the legal platform for all matters relating to personal and corporate insolvency in the UK.

The 4 main areas that a business director should be aware of include:

Wrongful Trading – Wrongful trading occurs when a company’s directors have continued to trade when they knew, or should have concluded, that there was no reasonable prospect that the company would avoid insolvent liquidation or insolvent administration.

Undervalue Transaction – A transaction at undervalue occurs when a business asset is transferred or sold to a third party, either for no payment at all, or for a price that is considerably lower than its true value.

Preferences – A preference payment is a transaction that results in a party being placed into a better position than they otherwise would have been had the transaction not been entered into.

Risks for directors trading whilst insolvent

Trading whilst insolvent is a risky proposition for company directors. Not only is there the potential for personal liability if the company goes under, but there is also the risk of criminal charges. In the UK, The Insolvency Act 1986 sets out strict rules about when directors can trade while insolvent. Essentially, directors must prevent the company from incurring further debts when it is clear that there are not enough assets to cover those debts.

If directors do trade while insolvent, they may be liable for any losses incurred by creditors. In some cases, they may also face criminal charges. As a result, it is important for directors to be aware of the risks associated with trading while insolvent before they make any decisions about doing so.

When a company enters a form of insolvency such as a Company Voluntary Liquidation an Insolvency Practitioner will conduct an investigation into director conduct to ensure no wrongful trading took place.

If it is found during their investigation that a director has traded wrongfully whilst insolvent, or they have not made appropriate attempts to bring the business out of insolvency or their actions have made worse the outcome to creditors by failing to deal properly with the company’s affairs, they will be reprimanded.

The risks for directors should their actions be proven that their conduct was not satisfactory would be:

Directors should not risk trading whilst insolvent, an insolvency professional will work with you through the company’s financial issues with the most appropriate insolvency process and protect you from personal liability.

What is Misfeasance and Breach of Duty?

Misfeasance and breach of duty are two types of misconduct that can lead to insolvency. Misfeasance occurs when a director knowingly or recklessly does something that is not in the best interests of the company, such as running up excessive debts or making unauthorized loans.

Breach of duty, on the other hand, occurs when a director fails to act in good faith or in the best interests of the company, such as by not paying bills on time or failing to keep accurate financial records. Both misfeasance and breach of duty can result in insolvency, which can have serious consequences for directors, including personal liability and even imprisonment. As a result, it is important for directors to be aware of these risks and take steps to avoid them.

For advice and information on directors duties in regards to trading whilst insolvent, please feel free to make contact. We will help you though the insolvency process.

One of our insolvency practitioners will be directly available to offer advice on what to do when dealing with insolvency on 01246 912052 .