Can a Winding Up Petition be Dismissed? 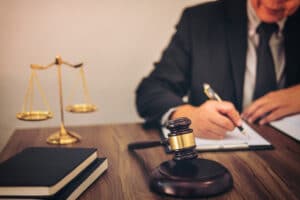 A winding up petition being served is a serious problem for the company. Especially if it has been advertised.

Once advertised the bank will freeze the account and this can be the end of the company as suppliers, employees and other creditors will not be paid.

However, even if the petition is dismissed the petition still has to be heard. This can pose a problem to a high profile company as it is published on the company court’s list of cases of the day.  So what happens in the event of the petition being heard by the court?

How to get a winding up petitions dismissed

It helps avoids the unfortunate position of the winding up petition being supported by another creditor of the debtor and being taken over by that creditor who in turn winds up the company. If that happens, any money paid to the original petitioning creditor has to be paid back to the liquidator of the company as it is deemed a preferential payment.

The procedure itself is set out in the Insolvency Rules below. However, a formal application needs to be made to the Court and taken to the right counter with the correct court fee. There also is a requirement for a petitioner to deal with the position of the legal costs and these need to be set out clearly to the court and a letter received from the debtor company with the appropriate wording.

If an agreement between the petitioner and the debtor has been reached for the debt to be repaid, there will need to be evidence to support this. Verbal agreements are not permissible in court, so assistance will be required from a solicitor or a turnaround practitioner. If evidence of an agreement is produced, the petition can be dismissed.

If the judge believes a petitioner is using the court process to settle a personal score or a dispute or to give their own company a commercial advantage, the petition can be dismissed.

A judge may decide to dismiss a winding up petition if they think the company is able to repay a reasonable proportion of the money it owes. For example, if a company voluntary arrangement (CVA) were to be proposed, the judge can leave the majority of the creditors to decide on the company’s fate.

If it has not been established that the debt, and the value of the debt, is indisputably due, the judge can choose to dismiss the petition. In this case, the judge can award costs to either party. Alternatively, the judge may adjourn the hearing until the debt has been proven

Permission for the petitioner to withdraw

Does the debt have to be paid in full to get a petition dismissed?

Yes it does have to be paid in full to get a winding up petition dismissed from court, there are a few exceptions, one is a company voluntary arrangement where a percentage it repaid. Case Law : Re Dollar Land (Feltham) & Ors [1995] BCC 740 reported that the court decided that a winding-up order should be rescinded if there was a real prospect that CVA proposals would be approved by the company’s creditors.

This was to basically allow the CVA majority to decide if they will accept a reduce amount in order to settle their debts.

What are the Costs to Dismiss a Winding Up Petition?

Having the winding up petition withdrawn in this way prevents the petition from being taken over by another creditor. If the winding up petition was to be substituted by another creditor and the company was subsequently wound up, the payment to the original petitioning creditor would have to be repaid to the liquidator. This is to prevent a ‘preference’ (i.e. one creditor being treated differently to the others) being created.

As stated above, the court has a discretion to make whatever costs order it feels fit. However, the normal costs orders the court would make are as follows:

If the parties cannot agree costs amongst themselves, then they can go to detailed assessment. The court do not generally have time to deal with costs as part of the winding up petition list, so issues in relation to costs will be dealt with at separate hearings.

What happens if the petition is heard by the court?

A winding up petition can also be dismissed by the court. If the judge decides that the company is able to repay a reasonable proportion of the debt due via a Company Voluntary Arrangement (CVA), or an agreement with its creditors, then the petition can be dismissed.

Other grounds for the dismissal of a winding up petition include:

What are the costs involved?

If you want to dispute the debt in court or believe the petition is an abuse of process, you will require professional legal representation and the costs will rise considerably.

Are dismissed winding up petitions advertised?

Yes once a court has dismissed a winding up petition on what ever grounds it sees fit, they are advertised in the London Gazette, this will allow banks to unfreeze a bank account.

Need to get a winding up petition dismissed

If you have received a winding up petition and need to get it dismissed please contact us in order for us to answer any questions you may have and offer our qualified business insolvency advice.  Our knowledge of winding up orders is second to none having dealt with thousands of them over the years. Our practical daily experience and expertise means that we can assist whatever the nature of your winding up petition claim.

What does dismissal of winding up petition mean

A judge may decide to dismiss a winding up petition if they think the company is able to repay the money it owed to creditors in full.

What is a dismissal of winding up petition

A dismissal of a winding up petition is when the court has been satisfied that the creditors claim has been settled in full and does not wish to hear a case any further.