What Is a Directors Investigation? 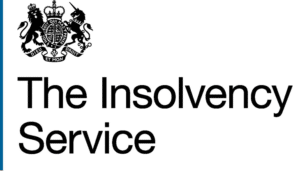 When a company enters into an insolvency procedure, resulting in control of the company being passed to a licensed insolvency practitioner.

Once the insolvency process has started such as administration or liquidation, there is a statutory requirement to commence a company investigation into the cause of the insolvency.

This article will set out the investigations, and what actions can be taken by an insolvency practitioner or official receiver.

The post will also help any directors facing corporate insolvency, demonstrating what not to do

Directors investigations: what are they?

Depending on the outcome of the investigation, actions can be taken by an insolvency practitioner that require the directors to compensate the company on a financial basis. The official receiver may also take action leading to a director’s disqualification based on their conduct.

There are laws to protect creditors and make sure that the directors put creditors’ interests first. There are also numerous penalties, fines and possible bans for directors who behave inappropriately. Following a formal insolvency, such as liquidation, an investigation is carried out by the appointed insolvency practitioner (IP). They will pursue any breaches of the Insolvency Act and report director misconduct to the Insolvency Service.

The main areas directors need to be aware of are listed below. They only usually apply if the company goes into liquidation or administration.

Transaction at an undervalue

The term transaction at an undervalue definition refers to assets being transferred out of the company at below market value. An example would be a car or van given to an employee on leaving. The IP appointed will contact the recipient and ask for the asset or difference in value to be restored to the company.

This means preferring and repaying one creditor over another, such as paying local rather than national suppliers, or trying to reduce a bank overdraft if it’s been guaranteed by the directors.

The IP can ask for a repayment from the person or company that has been paid these funds to restore the company to its previous position.

Misfeasance is an all-encompassing claim for when directors have breached their duties, usually to their benefit. A common example of misfeasance is where directors have paid into a tax avoidance scheme. This money will be reclaimed by the IP on insolvency.

Many companies are at risk of trading whilst insolvent. However, if there is no prospect of the company returning to solvency and you continue to trade, this becomes a matter of wrongful trading.

At the point of insolvency, a director is expected to take every action to limit losses to creditors. Failure to do so will result in the directors being required to make a contribution to the insolvent estate of the company. They may also potentially face directors’ disqualification. Statistically, there is more likely to be a wrongful trading claim where a director has continued to trade, waiting for a winding up petition to be issued against the company. In this situation, a more proactive approach would be to place the company into voluntary liquidation.

Fraudulent trading is different from wrongful trading in several ways:

A good example of fraudulent trading is taking deposits from clients, when already planning to enter insolvency, with no intention of delivering goods. The bottom line to avoid claims for wrongful trading and fraudulent trading is, if you even remotely believe the company is insolvent, you must consider all steps you can take to limit the losses to creditors.

This is similar to wrongful trading, but with clear intent. An example would be setting up a music concert and taking ticket sales with no real intention of holding the event. This would be a claim against the directors.

Directors can only pay dividends from accumulated profits. If there are no profits, the dividends are illegal and will be claimed back. They will be reclaimed from the shareholders by the IP.

Illegal use of a company name

A director needs the court’s permission to reuse a name, or to have followed a statutory procedure if starting the business again with the same or similar name. Failure to do so is a possible criminal offence. This only applies to insolvent liquidation.

Insolvency is a complex area of law, and you should take early advice if you are concerned about the implications of continuing to trade, or entering into unusual transactions.

You don’t have to use the first licensed IP that you meet. You may find it is worth getting a second opinion before you decide who to use, or you could ask for a reference from a previous client.

The above aspects of company investigation can lead to a financial contribution being required to the insolvent estate. The official receiver will also be considering whether directors disqualification is also appropriate. If an order is made, or you take an undertaking, you will be unable to act as a director for a period of 2-15 years. Depending on the specifics of the case, you may also be ordered to make a contribution to the insolvent estate under a disqualification order.

Once a company enters liquidation or administration, the insolvency practitioner has a statutory duty to complete a full company investigation. They must also take any necessary actions to recover monies for creditors. If you can provide evidence that transactions were in the best interest of the company, an insolvency practitioner should not pursue you any further.

If you have any concerns about the proper way to wind down your company, our insolvency specialists can advise on how to stay on the right side of the regulations.

Previous Post
What are your employee rights when your company is insolvent?
Next Post
How to wind up a small business: our guide